This project examines Australia’s overseas military communities, which saw over 100,000 Australian service personnel and their families reside in Japan, Malaysia, Singapore and Hong Kong between 1945 and 1988. By undertaking the first detailed analysis of these communities as major sites of cultural contact, the project seeks to integrate the experiences of service personnel, their families and host societies into the history of regional relationships. 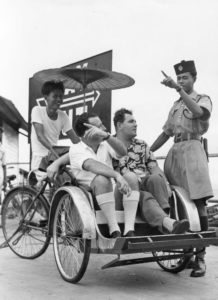 WITH THE RAAF’S NO. 2 AIRFIELD CONSTRUCTION SQUADRON IN MALAYA. Argus Newspaper Collection of Photographs, State Library of Victoria.

It is anticipated that the project will expand and reinterpret the history of Australia’s engagement with Asia and extend the international scholarship on military bases, by focusing on the role of overseas garrisons in bilateral and regional relations. The project is funded by an Australian Research Council Discovery Grant. 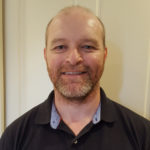 ‘…Kampong Australia is a fitting contribution to our appreciation of Butterworth’s place in the history of the changes and developments in Australia’s social and cultural ... Read more 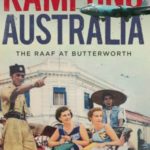 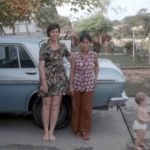 Life on a RAAF base in Malaysia – Mathew Radcliffe on RN

Mathew Radcliffe and his twin brother were born in December 1973 at the No 4 RAAF Hospital at the Butterworth base in Penang, Malaysia. Listen ... Read more 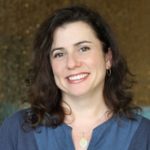 Professor Christina Twomey grew up on Malaysia’s Penang Island, while her father was stationed at Butterworth RAAF base. Listen to the interview here… Read more

For information about the project send an email to:
christina.twomey@monash.edu