Postgraduate researchers are our next generation of world leading scholars, and the Imprisonment Observatory (ImO) provides a platform for the solid foundations and networks needed to succeed in this area.

This page contains information about our current Masters and PhD candidates as well as information for future students. Thanks to its international and collaborative focus, ImO provides students with an invaluable gateway to potential supervisors and high quality research environments across the world. For information on postgraduate study at Monash University, including information on applications and scholarship opportunities visit Monash Criminology Postgraduate Studies.

For more information on postgraduate supervision opportunities, visit our Researchers page to connect with potential supervisors.

The number of men imprisoned in Australian is increasing. Yet little formal attention is paid to the parenting status of these men and there is a paucity of Australian research concerning their experiences. This research proposes to examine the experiences of primary carer fathers and their children and the challenges faced at the point of arrest, sentencing and imprisonment. It will contribute to the small body of research that currently exists within the Australian context by developing insight into the experiences primary carer fathers and their children in a Victorian and New South Wales context.

Tess was awarded the Best Postgraduate Presentation at the PECRC Conference, ANZSOC, 2016 and the Best PhD abstract at the Victorian Criminology Postgraduate Conference, 2017.Tess also received a SYLFF Research Abroad Grant in 2017, and a SYLFF Local Association Networking Support Award in 2018.

Justice reinvestment has developed in varying degrees as a criminal justice policy in the United States and the United Kingdom.  This programmatic concept was originally developed as a tactic to reduce incarceration rates by investing existing corrections funds into communities most impacted by incarceration.  Over this last decade that justice reinvestment has been operating, there has been an intersection of occurrences such as changes of government and the global financial crises that may have influenced the likelihood of implementation of this specific crime control strategy.  Therefore there is an imperative to explore the extent of the influence of any such occurrences.  A thorough examination of these aspects will also facilitate understanding of the social, cultural and political underpinnings that have given rise to the temporally and spatially specific dynamics of this governmental programme.  Therefore, this project will examine justice reinvestment as a specific concept and explore the ‘conditions of possibility’ that have led to justice reinvestment emerging as a governmental programme at this precise point in time in specific jurisdictions.

Using case studies in the United Kingdom and the United States, this doctoral research explores how the conceptualisation of justice reinvestment has translated into criminal justice policy and practice in varied localities and will investigate how the governance of organisations, the population, the community, the individual and the self are exercised and articulated through justice reinvestment.  This research will facilitate a nuanced understanding of justice reinvestment and the complex underlying forces of state crime control programmes and the power relations implicit in the management and government of populations most impacted by high incarceration rates. 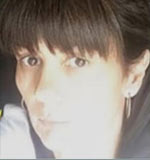 Forensic detainees in NSW: their positioning, management and experience of detention

Karen’s research seeks to understand how forensic detainees are conceptualised in the literature, how they are managed and how they experience incarceration in the state of NSW. The research will involve conducting interviews with forensic detainees within NSW and applying critical criminology to document analysis. The research aims to benefit participants by giving them the opportunity to share their experiences and reflections on their treatment. It also aims to improve understanding, management and treatment of forensic detainees in both health and criminal justice settings, in anticipation of their release back into the community. 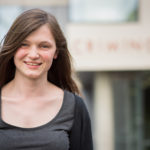 The social experiences of sex offenders in prison

In England and Wales, sex offenders make up 15% of the sentenced adult male prison population, but very little is known about them beyond their position at the base of the prisoner hierarchy. Alice’s research will attempt to address this gap by exploring the social and existential experiences of prisoners convicted of sexual offences in a prison which only holds other prisoners convicted of sexual offences. It is particularly interested in in how prisoners manage their identities and experience shame and stigma; prisoners’ relationships with each other, including trust, friendships, hierarchy and (moral) judgement; and prisoners’ attitudes towards and interaction with the prison regime, including their compliance, treatment engagement and perceptions of legitimacy. The research will build on Alice’s MPhil dissertation, ‘Living Among Sex Offenders: Identity, Safety and Relationships at HMP Whatton’, which was one of the winners of the Howard League for Penal Reform’s inaugural John Sunley Prize.

Alice is now also working as a Research Assistant/Associate on the Comparative Penology Project which is exploring penal policy and the prisoner experience in England & Wales and Norway. 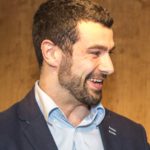 Ben is a doctoral candidate in his third year, supervised by Dr Ben Crewe. Over the past year he has been collecting data for his ESRC funded study of prisoner emotion (titled: ‘Emotions in prison: an exploration of space, emotion regulation and expression’). He has been investigating the ways in which prisoners regulate and express their emotions under conditions of confinement by using a combination of research methods (through semi-structured interviews and prisoner shadowing). This involved spending six months in HMP Ranby (a Category C men’s prison in Nottinghamshire) and HMP Send (a closed category women’s prison in Surrey). He hopes that his findings will help us to learn more about the emotional ‘survivability’ of different prisons and to assist management and practitioners to ensure that prisons are positive, secure and safe environments for managing offenders.Ben’s MPhil dissertation won the Jon Sunley prize (2015) which celebrates ‘excellence and impact of post graduate research into penal issues’.

Ben studied English (BA) at Leicester, Psychology (MSc) at St. Andrews and Criminology (MPhil) in Cambridge. He has professional experience working in a range of mental health settings across the UK and US, mainly supporting those with autistic spectrum disorders (ASDs) and young adults diagnosed with conduct disorders.

The experience of imprisonment amongst ex-military personnel

Approximately 3.5%-5% of prisoners in England and Wales have served in the UK Armed Forces, yet to date there has been little research concerned with how this substantial sub-group in the prison population experience imprisonment. Daniel’s research seeks to address this by exploring the experiences of this under-researched group through in-depth qualitative interviews with serving ex-military prisoners in England and Wales. Drawing on Goffman’s (1961) analysis of the ‘Total Institution’, Daniel is particularly interested in understanding how previous time spent in the institution of the military might impact upon one’s experience of life in prison.

This study has a threefold aim. Firstly, it draws on prisoners’ expertise and knowledge to identify a prisoner centred definition of human flourishing. Secondly, it seeks to explore the process of human flourishing and its relationship with prisoners’ own management of their prison experience. In particular, the way prisoners make use of time in prison to develop personally and maintain a lifestyle which promotes well-being. Thirdly, it will evaluate the effects of self-empowerment (a multifactorial construct made up by: self-efficacy (i.e., the belief of being able to successfully complete a given task), hopefulness, internal locus of control (the perception that one is in control of one’s own life), and positive thinking) on the process of personal growth and human flourishing in prison. Prisoners will be asked to fill in a short survey and take part in a series of interviews supporting the identification of the factors which are most supportive of human flourishing in prison and at highlighting how this process occurs over time. In the meanwhile, a small sub-sample will participate in three half-day workshops. These workshops will provide a set of tools which will increase participants’ feeling of empowerment, and support the achievement of a fulfilling and satisfactory life. Results will provide further insights on how the experience of personal growth (and human flourishing) in prison can be fostered and improved, and which type of factors affect it the most. In addition, it will provide further indications about the role self-empowerment has in this process. 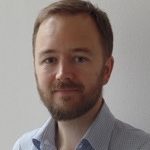 John’s study takes as it starting point the political and media discourse (specifically government ministers and newspaper editorials) regarding crime, prisons policy and desistance. Given the aim of ‘unpacking’ the Norwegian desistance model, this study will use the UK as a comparator. Comparing how desistance and rehabilitation issues are framed in Norway and the UK in terms of key similarities and differences will provide a benchmark and a framework for analysing desistance practice and experiences. The key issues in terms of similarities and differences will be ‘followed down’ through analysing their expression in both Norwegian justice-system practice and Norwegian desister experience. John is currently undertaking fieldwork and interviews.

The Incarcerated Pregnancy: An Ethnographic Study of Perinatal Women in English Prisons

The principal aim of this research was to examine the pregnant woman’s encounter with the English prison estate and the associated conditions through audio-recorded interviews with women and staff and non-participant observation of English prisons. Laura identified how pregnant women in prison engage with health services in British prisons, examining how pregnancy might impact on the woman and change the view of her own life and plans for her future, exploring how the woman’s pregnancy impacts on her sense of self and identity. She captured participants’ views of self, their situation, and future outlook as they evolve throughout their pregnancy and contextualised the society of prison as “home” for pregnant women through observation of the setting. Laura completed her doctorate in 2018 and has written a number of publications including co-authoring The Birth Charter.

Laura is also a senior lecturer in midwifery and a trained “Birth Companion” working with women in prison who are pregnant and giving birth and in the post-natal period for the charity Birth Companions. She has a special interest in supporting vulnerable childbearing women and especially those who are invisible to society.

Creating bodies that do not matter: life without possibility of parole and death penalty abolitionism

Marion’s research maps out the progressive normalisation of life without possibility of parole, whereby a highly problematic form of punishment has dramatically increased but, unlike the passionate reactions to the death penalty, has triggered rather scarce debate, activism or reform. Instead, LWOP seems to have been actively promoted, made to seem normal and acceptable, including by certain opponents to capital punishment who perceive it as a strategic avenue  to negotiate the short-term goal of abolishing the death penalty. Drawing on California as a case study, Marion discusses the role death penalty abolitionists have played in the shaping and normalisation of the punishment.

The responsible man: a study in two private prisons

Secondly, using qualitative data gathered inside two private prisons, it evaluates if these prisons, through their regimes, are trying to create responsible self-governing prisoners. The thesis reviews both, how regimes and practices in place in these two prisons attempt to forge responsible prisoners, and how individual men and groups of prisoners experience, feel about, cope with and assimilate penal messages of self-governance and responsibility. Finally, it questions both the impact of responsible prisoners for prisons and the impact of responsibility on prisoners and argues that, whilst there is a benefit to fostering environments in which prisoners are enabled to become responsible and self-governing, a careful balance must be maintained, as for some men the responsibility itself becomes characteristic of the ‘pain of imprisonment’.