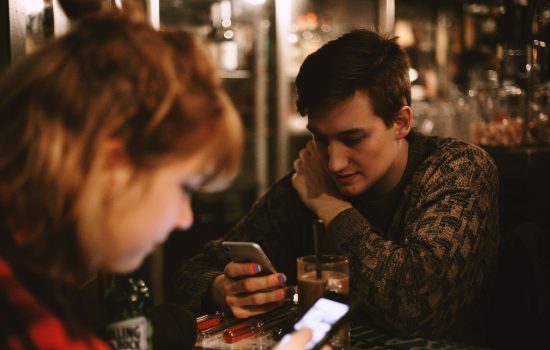 What is the latest research on social media and the internet? Major conferences exploring this dynamic area, in Finland and Estonia from 12-21 October, will feature presentations and panel discussions with Dr Brady Robards from our School of Social Sciences. Dr Robards studies how young people use social media, and will be presenting findings from recent research projects.

In the general population, social media platform Tumblr is only used by about 12-14% of young people, small numbers compared with more popular platforms like Facebook, Instagram, and Snapchat. However, Dr Robards and colleagues have found that among LGBTIQ+ young people in Australia, 64% report using Tumblr, making it five times more popular among young queer and gender diverse people. Dr Robards will be sharing findings on why this is, and what support platforms like Tumblr provide for young LGBTIQ+ people who often experience poorer mental health outcomes, higher level of exclusion, and erasure in sex education.

Dr Robards' first stop will be on 12 October at the Affective Politics & Social Media Symposium at the University of Turku, Finland. The symposium asks how how people are affected on social media, how influence is circulated, how value develops, and what instigates political action, conflict and possible re-categorisation of gender, sexuality and race. Dr Robards will present the findings from his research on Tumblr at the symposium, in a conference paper, Affective Queer Intensities on Tumblr.

Dr Robards' next stop at the University of Tartu, Estonia, will be part of AOIR 2017 (Association of Internet Researchers' 2017 conference #AoIR2017), an annual event drawing scholars from around the world who present on exciting new and emerging areas of internet research. It will be the first year AOIR is presented in a post-Soviet republic and not least because of Estonia's growing reputation as “e-Estonia” for its emergence as one of the most advanced e-societies in the world. Dr Robards will present further insights into his research into social media with the conference paper, Left behind, left unsaid: Absences on young people's Facebook Timelines on 19 October. In addition, he has been invited to participate in a PhD mentoring session and two panels: Digital networks, digital pub(l)ics: labour, pleasure, porn on 19 October; and A Tumblr and young people fishbowl on 21 October.