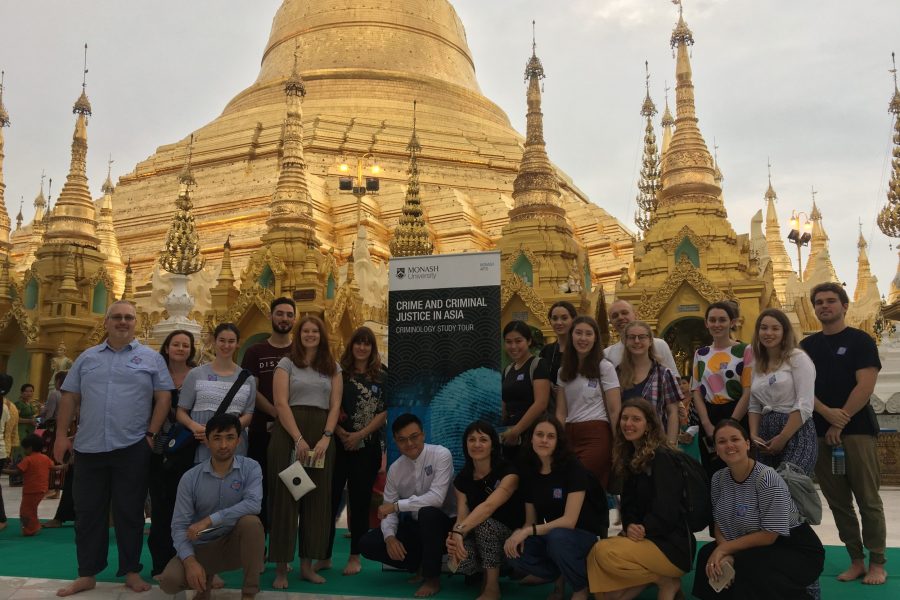 Dr Chang said he sees a lot one-sided information from Western media on the situation in Myanmar which is different to what he has learned and seen from his experience working in country for over three years. He is currently working with the Myanmar government agency and private sectors to strengthen Myanmar’s cyber capacity through the development of a  cyber security awareness campaign (CyberBaykin) with funding from DFAT.

“I wouldn’t say that [Western reportage] is problematic but you wouldn’t be able to know what the local people actually think,” he said. 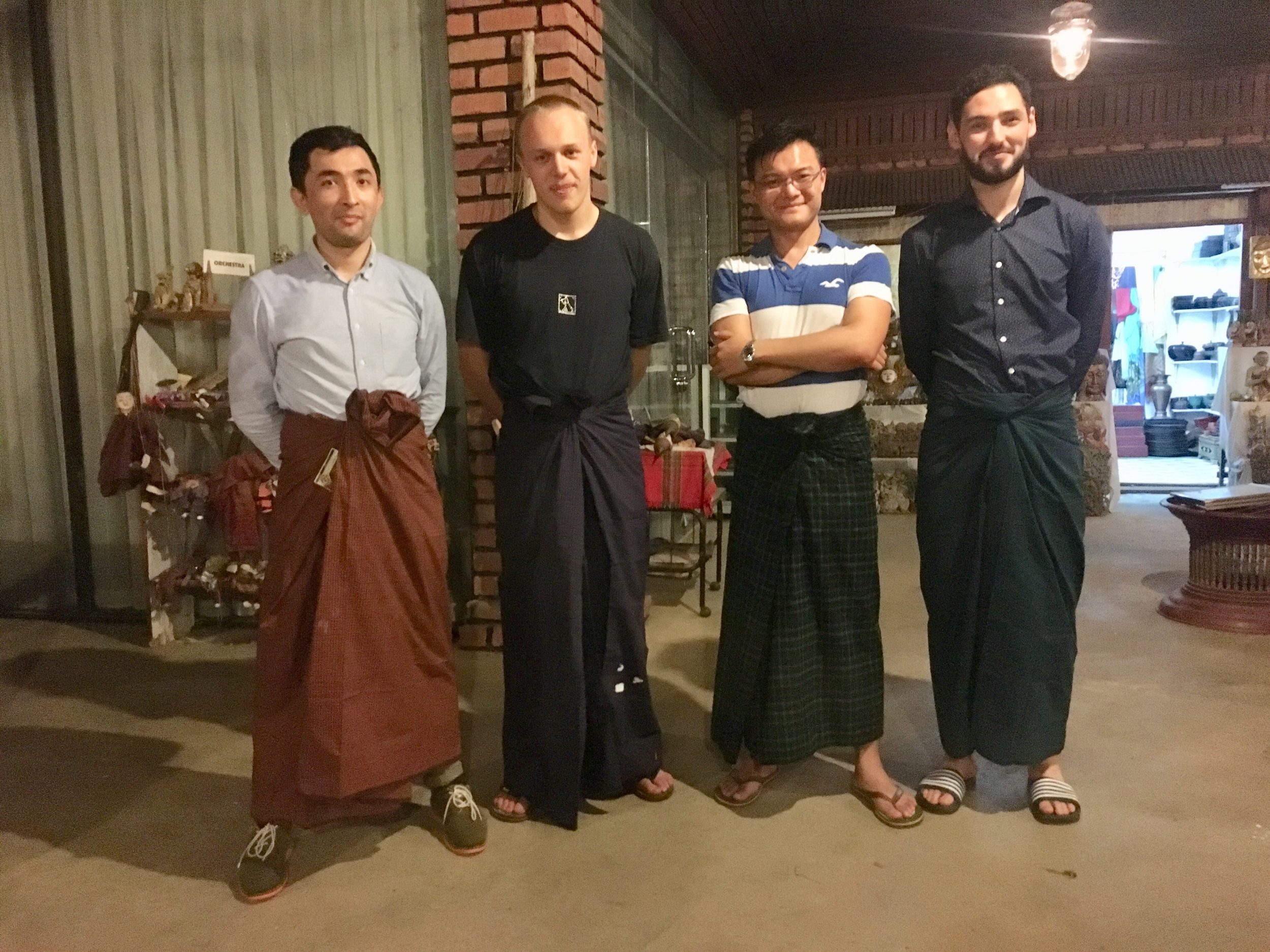 “It’s important for us not only to learn from the media but also to get first-hand information and that’s actually the spirit of doing the research.”

Olly Gagiero, a fourth year Arts/Law student who majors in criminology and minors in International Relations said prior to travelling to Myanmar, everything he had heard in the Western media portrayed Myanmar “in a very particular way”.

But since travelling to the country, his views have shifted.

“Speaking to the locals and stakeholders highlighted that this western view isn’t realistic as it’s going to take a long time to build and change the country,” he said.

“Aung San Suu Kyi and the government have no power. The military still controls the country so it is difficult for them to bring about change. In saying that, I still believe they have failed on a number of fronts.”

Prior to travelling to Myanmar, Olly said what he knew about crime and criminal justice in Myanmar consisted of the Rohingya crisis and drugs. But the trip increased his knowledge of many more issues such as the corruption across the government and the legal system, the size of the drug issue, lack of rule of law and freedom of expression.

“This knowledge will also change the way I think about many crime issues and has also increased my interest in global crime and given me new perspectives on it,” Olly said.

During the tour students had the opportunity to visit many organisations including government agencies such as the Ministry of Social Welfare, The National Union Legal Aid Board, the Constitutional Court; United Nations Office of Drugs and Crime, UN Aids; local business such as KBZ Bank and HlaDay, as well as visits to Yangon University and University of Computer Studies Yangon. They also had talks from the Australian police liaison officer, Australian ambassador to Myanmar and a meeting with the Myanmar Human Rights Commissioner, Members of Parliament and a Member of Constitutional tribunal where students learned more about drug issues and the human rights situation in the Rakhine State (Rohingya issues).

But Dr Chang said the study tour also allowed students to learn of the other current conflicts in the nation.

“Rakhine issues are not the only conflicts in Myanmar, there are other conflicts that also need to be addressed. Western media is all about Rakhine,” Dr Chang said.

Students also participated in sessions with local journalists, young activists and community leaders and interacted with community members on a daily basis. They learned about Myanmar from a diverse number of very different perspectives and compared answers from high ranking government officials with the people who are more closely connected with the community.

“Fitting in with the spirit of the New Colombo Plan, students are inspired to conduct academic work in the region, learning things that aren’t always in the books they read, or the news they see, putting into practice what they’ve learned and confirming what they’ve learned,” Dr Chang said.

“They learned how to do research, how to cross-examine a topic and get information from different people in order to come up with a more holistic view of a certain issue. There’s a need to confirm news or events that has been reported and not just rely on one source.”

For their coursework, students were required to complete a mini documentary on crime and tourism in Bagan after interviewing local people about a specific crime issue they’d like to learn more about. Student Emily Clapp, Bachelor of Arts/Law, with a major in International Relations, investigated the treatment of the temples in Bagan by both locals and tourists and general attitudes towards tourism in Myanmar and Bagan.

Her group spoke with the Tourist Police who allegedly said there was very little crime in Bagan and that tourists are welcomed and looked upon favourably. “We were surprised by this, and actually found this positive attitude towards tourists a theme throughout our day,” Emily said.

For Dr Chang, he is very happy to see the change of ideas and perceptions from the students who participated in the study tour.

“With what began as apprehension to travel to Myanmar, students now see the value of such an academic exchange,” he said.

Olly agrees saying that “without a doubt” he would love to go back [to Myanmar] for academic purposes.

“Prior to the trip I was a bit unsure what exactly I was getting into from an academic perspective, but from day one I found it impossible not to engage with the learning experiences we had. It was phenomenal and definitely sparked an academic interest in Myanmar,” he said.

Lisa Healy, who is in her final year, studies a Bachelor of Arts, majoring in Human Rights and Journalism agrees saying this study tour has been immensely influential and helpful in opening her up to what career path she might pursue.

“Before I went, I was confused about what direction to go in but this study tour has opened me up to and given me connections in areas such as NGOs and not-for-profits which are now areas I would love to pursue,” she said.

“Because of this tour, the experience and the support from Lennon and Rebecca, I'm organising an internship with an NGO/not-for-profit this semester with the help of my unit coordinator.”

“[Dr Chang] did a fantastic job at organising [talks and tours] to meet [people] who were happy to give any career advice and his support has opened us up to a wide range of opportunities.”