The role of transnational networks and mobile citizens in South Sudan’s global community: A pilot study focused on Melbourne and Juba

The report will be launched in Melbourne at the end of this week with support from the Monash Population, Migration and Social Inclusion Focus Program, The Rift Valley Institution and the Department of Foreign Affairs and Trade, Ethiopia. 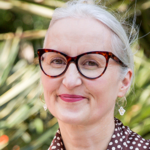 Like others in the global South Sudanese community, families and individuals in Australia provide emotional, social and financial support to friends, family, and community in their homeland – and have done so since the early years of their settlement in Australia.

Australian South Sudanese communities have been deeply affected by the violent collapse of South Sudan since civil war broke out in December 2013. The ongoing nature of the conflict has put enormous strain on their personal, emotional and practical resources and the impact of this support on social, economic and political life for families and communities in South Sudan is poorly understood.

The report details findings from the recent pilot study into this impact, bringing researchers of Cambridge, Monash and Juba Universities together to understand the complex dynamics of this transnational network and its effects within South Sudan. This report presents the project’s findings, the implications for the South Sudanese community, and for its diaspora in Australia.