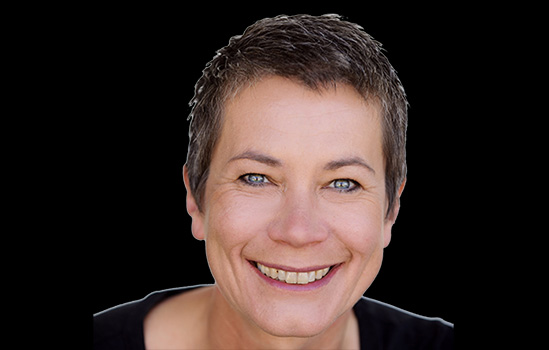 The Monash Centre for Theatre and Performance (CTP) has great opportunities for students to further their professional practice, with both its ongoing Malthouse Theatre partnership (including internships, the commissioning of new works for student performance, and lively public lectures); and with a new major donation from Pratt Foundation. to foster new Australian musical theatre.

Head of CTP, Associate Professor Jane Montgomery-Griffith, explains that these initiatives are very much central to the CTP’s culture and vision, where the Centre sees itself as part of ‘an ecosystem of theatre’, with benefits for both students and the wider community alike.

What does the Monash-Malthouse partnership offer students and the public?

It’s a terrific partnership; it’s really very mutually beneficial. I particularly like it too that Malthouse is a very innovative theatre company, it’s young, it’s hungry and does exciting work and that’s how we see ourselves at CTP as well – so it’s a perfect engagement.

The Arts Faculty is the major sponsor of Malthouse Theatre each year, and in return our students receive an unrivalled level of internships. We have interns in marketing, PR, theatre administration, directing, lighting, sound design – pretty much every area. It’s an amazing experience for the students because, of course, they are sitting in the rehearsal room with some of the best practitioners in the country, watching these amazing works. In fact, I’ve just had a meeting with someone who’s in the middle of their internship and it’s really a life-changing experience.

Also, through the additional support of MAPA, every year for the past three years we commission playwrights to create a new play for our 3rd year students which is performed at The Malthouse. In our first year we had multi-award-winning playwrights Daniel Keene and Angus Cerini, with three young emerging playwrights. Last year we commissioned Patricia Cornelius and Susie Dee: Patricia is without doubt Australia’s most awarded theatre writer and the work she does is contentious, dangerous, political and exciting; and Susie Dee recently swept up the Green Room Awards this year for her direction. Again, an extraordinary experience for our students working with practitioners of that calibre.

This coming year we’ve commissioned an emerging playwright, Morgan Rose, who is really one of the best emerging playwrights in the country. And I think that’s important too, that we are helping people in their careers who are in the industry, and we’re also validating a form of theatre which isn’t that fashionable because new writing doesn’t get a voice very often. So it’s a way of giving back to the industry as well as engaging our students.

We also believe very strongly in public engagement so we have a series of free public talks called Monash Meets Malthouse where four times a year, to coincide with certain productions, we bring together a panel of Monash academics and people from the industry or broader community for open, fun and informative conversations about the work.

So, really making that link between the entertainment industry, the cultural arts and academic research – coming together and making our research accessible, so we can convey it in a really clear and non-intimidating way and make a stronger conversation.

What’s the next ‘Monash Meets Malthouse’ about?

The talk will explore when is it acceptable for actors and artists to criticise critics. It’ll coincide with the production Wild Bore that will feature Britain’s, America’s and Australia’s foremost queer cabaret artists and provocateurs coming together with a great deal of explicit nudity and scurrilousness, I’m sure.

CTP received a significant donation from the Pratt Foundation last year – can you tell us what that will go towards?

Yes, it was completely out of the blue for us and an amazing opportunity. Jeanne Pratt donated one million dollars to Monash University to foster new Australian musical theatre. With this funding we’ve changed the model because the Pratt Foundation want to see new musical theatre in the new Alexander Theatre when the huge revitalisation is complete .

Their donation has allowed us to commission a new work. We’ve employed two artists-in-residence so far to write a new piece and they mentor the students. We’ve also doubled the amount of teaching so this year the students are not just learning about the history of musical the atre but writing their own. We’ve got Verity Hunt-Ballard who is probably Australia’s most awarded musical theatre star and she’s teaching them how to act in musicals right now. It is just amazing that someone of her calibre is coming in to teach.

There’s also a sense of excitement in the industry – there’s a lot of people in musical theatre who are now looking at us thinking, this is something very different, this is actually a chance for us to have a testing ground for our work and to be nurtured. The great thing about the artist-in-residency is that it gives people time. They’ve got a year to write their own work, a year where they’ve got their own office where they can be looked after, and then at the end of it their work goes into full production. It’s huge.

What advice do you have for prospective students?

I think the biggest thing for any prospective students or parents out there to understand is how important this is as a discipline. It’s really easy for people to think that theatre and performance are ‘cappuccino degrees’.

About 20 years ago I think someone here or in the UK was talking about scrapping these degrees, that they were for the ‘arty farty elite’. What a load of nonsense! The skills that you learn through this discipline, whether incisive critical analysis, or empathetic engagement, are extraordinary.

And one of the things I love about this year’s intake is that there’s a first year acting course elective open to anyone in the university, and we have really culturally diverse students – it’s wonderful, we even have one young man who teaches a warm up in Hindi. I love that.

We have students from other cultures who have joined simply to feel more comfortable in their own skin. And that’s what it does to you –

the understanding of the soul that happens in acting is, I think, one of the most important lessons you can have.

I think it’s important that parents never think that universities should be vocational because life is much more than a vocational degree. It’s about growing and learning first.

I would say about 25% of my acting intake are actually scientists or business students who might have wanted to take this course so they could do presentations better, but they found something very rich in it.

There needs to be bit more validation in what the arts can do for the community and that it’s not an exercise in elite promotion it’s actually something that is vital for human health, I think.

How does a play further human health and affect our communities? What is the potential of a contemporary Greek tragedy in theatre today? Listen to our interview with Assoc Prof Jane Montgomery-Griffiths on her research into ‘Wit’, the Pulitzer prize-winning play. Presented last year, her performance as the lead role of the brilliant professor dying of cancer in ‘Wit’ saw her win the 2017 Outstanding Performer Greenroom Award. Audiences’ reactions established the need to explore the phenomenon of the play’s effect and its potential for furthering our empathy and human health.

Centre for Theatre and Performance