Personality plays more of a role in determining a person's level of wealth at retirement than previously thought, research by Dr Sonja Kassenboehmer shows.

People who believe they can influence the direction of their own lives by the decisions they make, save substantially more money for their retirement than those that believe their lives are controlled by fate or luck, according to Dr Kassenboehmer's paper Locus of Control and Savings. 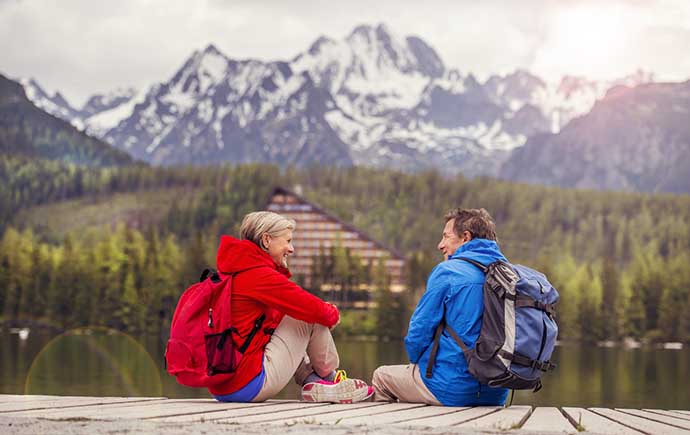 The finding that personality and behaviour play such an important role in wealth accumulation is important for policymakers, Dr Kassenboehmer says. She says the findings could be used by governments to assist householders' in meeting their long-term savings expectations in the future.

In December 2014 the Federal Government's Financial System Inquiry recommended that the Australian superannuation framework re-evaluate its purpose to maximise the financial outcomes for retirees.

Since then a number of key finance executives, including BT Financial Group chief executive Brad Cooper, have spoken out in favour of introducing new savings targets to be devised in the form of an income replacement ratio.

However Dr Kassenboehmer's research shows that peoples' attitude to saving for retirement goes beyond financial frameworks and tax regulation. A greater depth of understanding is needed when it comes to the link between personality types and economic outcomes, she says.

"The latest economic research shows that, as humans, we don't always act rationally. Our decisions are very irrational sometimes," Dr Kassenboehmer says. "Some of that comes down to our personality type and how we are wired. But if you have a long-term plan for your savings and make strategic decisions, it will undoubtedly leave you with more money when you retire."

Some of that comes down to our personality type and how we are wired. But if you have a long-term plan for your savings and make strategic decisions, it will undoubtedly leave you with more money when you retire.

The research, which examines data from the Household, Income and Labour Dynamics in Australia (HILDA) survey, determines participants' "locus of control" in relation to retirement savings. "Locus of control" is a term used in psychology literature that relates to the extent of which an individual believes they can control life events.

People with an external locus of control generally attribute life's outcomes to external factors, such as fate, luck or the actions of other people. They largely believe they have little or no control of the direction their lives take.

People with an internal locus of control, however, believe that much of what happens in life stems from their own actions and decisions. They are strategic in their decision making and believe in making plans for the long-term.

"If you think everything is due to fate or luck, you're not really actively taking responsibility for the decisions in your life. However, if you are pragmatic and believe the decisions you make will impact your life, then you will definitely have more savings in retirement," Dr Kassenboehmer says.

Dr Kassenboehmer says having an internal locus of control is a key component of having greater self-control and "avoiding immediate temptation in order to achieve longer term goals".

Locus of control is also related to the way that households with comparable salaries allocate their wealth across their assets. Households with a an internal reference person – or person who believes the decisions they make control the direction of their life— generally hold less financial wealth, or cash, but significantly more pension wealth in savings, according to the paper.

The greatest beneficiaries of having a person within a household that exercises self-control and discipline are the poor, according to Dr Kassenboehmer. She says for the poor: "economic well being and self control are very closely linked".

"If governments could take this information and use it to form policies around savings, then many people might benefit when they find themselves at retirement age," she says. "The link between personality and economic outcomes is very important when it comes to the elderly and savings."