Too much of a good thing? Exploring the impact of wealth on weight

Obesity is one of the greatest public health challenges facing industrialised countries, and like many health conditions, is more common among the socioeconomically disadvantaged.

In Australia, very poor women are three times more likely to be obese and five times more likely to be severely obese than rich women. The strong link between obesity and numerous chronic illnesses, means that such high obesity rates among the poor can increase health inequalities and lead to further socio- economic disadvantage. Financial resources may lessen obesity because they allow the purchase of fresh and nutritious foods, and provide greater access to active lifestyles. Additionally, financial insecurity can lead to stress-induced eating and weight gain. 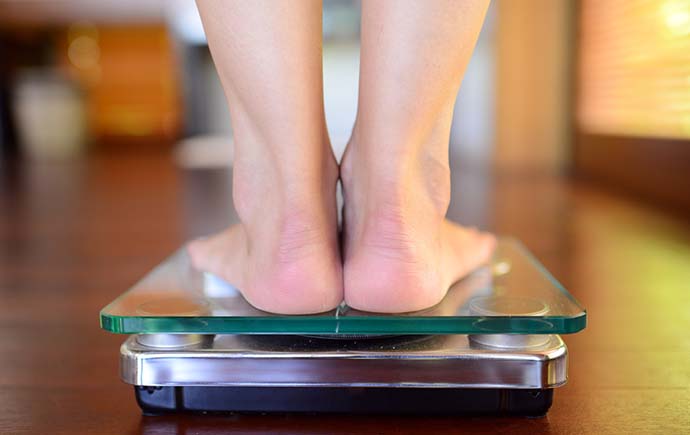 Unclear correlation between poverty and obesity

Despite the strong correlation between wealth and obesity, it remains unclear whether greater wealth causes lower obesity. The correlation between poverty and obesity may reflect other characteristics such as educational attainment, social environment, health knowledge or attitudes to risk and time-preference. Dr Nicole Au and A/Prof David Johnston investigated the effect of wealth on weight using nationally-representative longitudinal data on Australian adults, and information     on the occurrence of a windfall gain (for example from lottery winning and inheritances).

Results from the study, recently published in Health Economics, suggest that improvements in wealth lead to increases (rather than decreases) in weight. This effect is entirely driven by women, and is greater for those who were initially poor and obese.

An average-sized windfall gain of around $50,000 received by initially poor and obese women increases their weight by approximately 4.4kg.

The study also found that a windfall gain increases the expenditure on and frequency of meals eaten outside the home but does not affect physical activity levels, alcohol intake, smoking or labour supply. This suggests a change in diet is a likely explanation for increased weight.

Despite the strong association between socioeconomic disadvantage and obesity, the findings from this study suggest that large increases in wealth are more likely to exacerbate than alleviate weight problems. Research must focus on other factors associated with socioeconomic disadvantage (such as neighbourhood infrastructure and health knowledge) to reduce the steep obesity gradient.