We finished off the year with the Christmas lunch on 5 December at Riva in St Kilda. Seems like everyone had a great time! 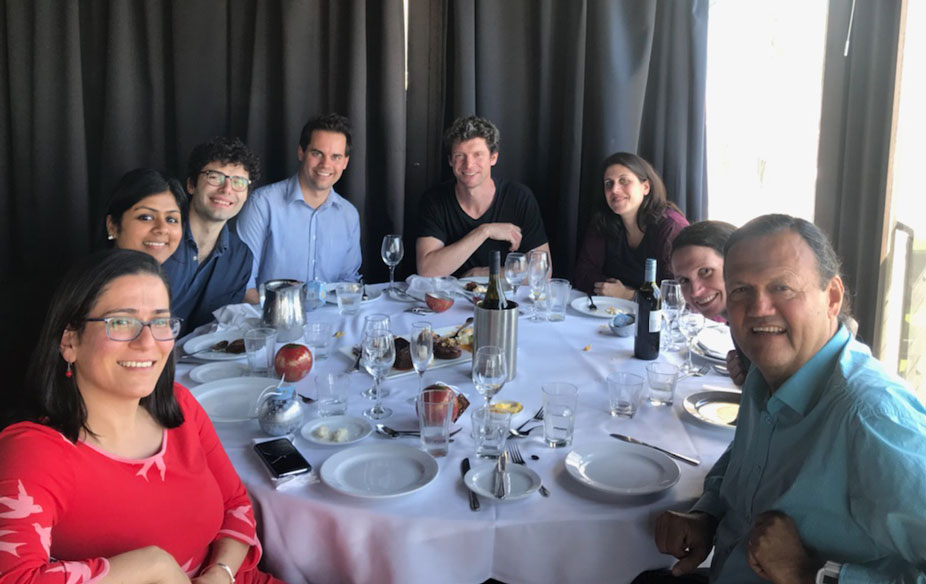 The politics of coal - cheap, dirty and difficult to replace? Dr Mark Thurber, the Associate Director at the Program on Energy and Sustainable Development at Stanford University, discussed policy barriers to major shifts away from coal in a public lecture at the Monash Business School on 21 November, organised by Gordon Leslie. The talk (that was also supported by the Monash Energy Materials and Systems Institute) generated a lot of discussion from the 70+ attendees and Dr Thurber was subsequently asked to join ABC 774 Drive’s Raf Epstein to discuss the significance of coal today and going forward in Australia.

Dr Thurber began by demonstrating that as it stands, coal is cheap, abundant and polluting. Coal is still the dominant energy source around the world, and any path forward that uses less coal must establish the correct set of incentives to decrease the attractiveness of coal or raise the attractiveness of other energy sources. Dr Thurber outlined the major political and technological barriers faced by numerous potential policy paths that transition to a cleaner energy supply.

Visit to Sunway campus in Malaysia 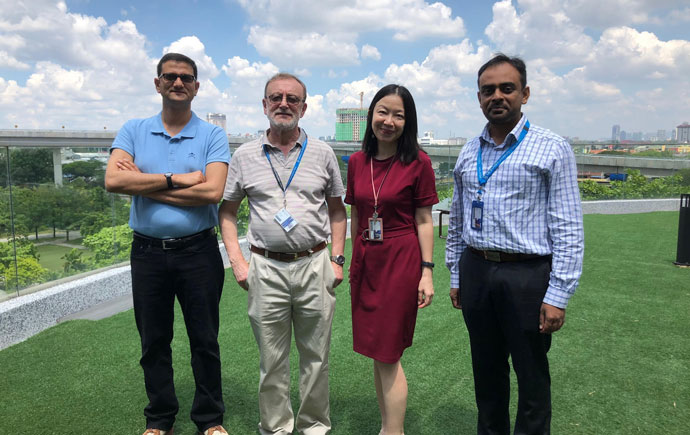 Vinod Mishra and Gennadi Kazakevitch visited Monash Sunway campus in Malaysia for a week in October. During their visit, they had meetings with the department of economics staff members on education-related matters. The attached picture was taken on the roof of the newly renovated library in Sunway campus (with a garden on the roof).

The 2018 department research retreat was held on Friday 16 November at the Pavilion, Building H, Caulfield campus, organised by Zhijun Chen. More than 40 academic staff attended the event which is a platform for department staff to discuss research related issues and topics. Based on the feedback from last year, we proposed the self-organising parallel sessions for presentations with flexibility in formats. The session organisers could choose four different types of formats: presentation with discussion, presentation without discussion, brainstorm discussion, and a mix of any of the above. This flexibility helped meet the diversified requests from participants. Besides, it also encouraged participants to communicate and coordinate to form joint research programs with common interests. 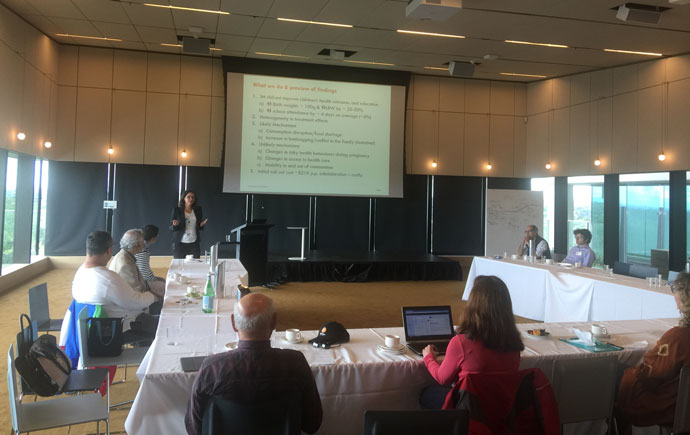 The Workshop on Indigenous Wellbeing was hosted by the Centre for Development Economics and Sustainability in mid-October. It featured a number of researchers from around Australia in economics, health, law and indigenous studies. The aim of the inter disciplinary workshop was to exchange ideas and explore the scope for formulating a research program aimed at contributing new insights to the conversation on Indigenous welfare in Australia.

Ranjan Ray represented the Economics Department as an invited discussant at the PhD conference this year held at UNSW in Sydney. 31 October to 2 November 2018.