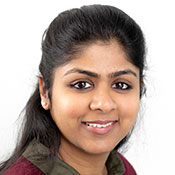 Dr Ayushi Bajaj has been awarded a DECRA award from the Australian Research Council for a three-year research project on the impact of global trade and financial uncertainty on the Australian economy.

“It is a great motivation to pursue my research agenda, as the award indicates that my work has the potential for real world impact,” she says.

The Discovery Early Career Researcher Award (DECRA) is awarded up to five years after resesarchers have completed their PhD.

In total $84 million has been announced for 200 new research projects under the scheme this year. More than $7 million was awarded to 17 early career researchers at Monash University. Dr Rohan Sweeney, from the Centre for Health Economics is the other recipient from Monash Business School.

“Honestly, I wasn't really expecting to get the fellowship, especially in the current climate. It came as a pleasant surprise, and particularly this year, as we all just need any good news that we can get," says Ayushi Bajaj.

"It puts a sense of responsibility on me as well, because as a young researcher I have been entrusted with a lot of resources to deliver on my project. “

“I got the award to pursue my proposed project titled ‘Global Economic Uncertainty, Liquidity and Monetary Policy in Australia’. The key aim of the project is to analyse the impact of global trade and financial uncertainty on the Australian economy. The intended outcomes of the project include offering a new theory with the potential to guide future research and policy making.

"I think the project has become particularly relevant now given the renewed interest in topics around globalisation and international trade. The assessors might have recognised this and the importance of getting a better understanding on how future uncertainty affects current economic outcomes and what can be done about it.”

How will it impact your work?

“Now I will be required to mainly focus on research, spending at least 80 percent of my time towards the completion of the project over the next three years.”

What are you working on that you are excited by at the moment?

“Currently, I am working on a project related to the DECRA project, on which in fact my proposal was based. In that project, I do not talk about international trade but I develop an economic model for a closed economy to study the impact of economic uncertainty in that environment. With the DECRA project, I will expand this framework for an open economy to dwell into questions of globalisation and trade.

"I'm excited to see how the dynamics of my current economic model will play out, when we incorporate some real-world data into it. And, once that's done, it will be the bridge to get started on my DECRA project next year.” 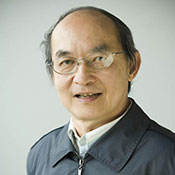 The Department of Economics will launch the Yew Kwang Ng prominent seminar series in 2021. Professor Yew-Kwang Ng (Kwang) will be on a longer visit to the department in 2021 and we are very happy to welcome him back.

Kwang, served as a faculty member in the Department of Economics from 1974 to 2012. He was, in many respects, the face and soul of the department. Ken Arrow referred to Kwang as “one of the leading economic theorists of his generation” and James Buchanan paid tribute to Kwang’s presence on the world stage by calling him “an Australian ambassador”.

Throughout his long and lustrous career, Kwangs has received many accolades, the most prominent award perhaps being Distinguished Fellow of the Economic Society of Australia in 2007.

The breadth and depth of his research are staggering. He published his first paper at the age of 23, in the Journal of Political Economy, and he has maintained a remarkable level of intellectual engagement ever since. In Welfare Economics: he introduced the theory of the third best, advanced a theory of measuring happiness that renders utility cardinal, and his work on two-part pricing is standard reference in the field. He pioneered the approach of Mesoeconomics that releases macroeconomic analysis from the confines of the perfectly competitive model. Moreover, Kwang with his friend and colleague Xiaokai Yang, introduced corner solutions to a range of marginalist frameworks giving birth to inframarginal economics that makes the issue of the division of labor tractable.

Over the course of 4 decades Kwang was a regular participant in seminars, a mentor for younger staff, and a wonderful colleague. He retired from Monash in 2012. He is currently Professor of Economics at Fudan University in Shanghai.