The story has been picked up by dozens of media outlets worldwide and been translated into Bahasa-Indonesian, Italian and Vietnamese.

Dr Claudio Labanca appeared on the Monash University podcast, What Happens Next? to speak about the effects of migration on the labour market opportunities of native workers.

Further, he discussed his research on the labour market effects of the migration induced by the Arab Spring uprisings on the academic Faculti platform.

Professor Ranjan Ray was interviewed by Social Science Encyclopedia on aspects of his policy driven research on India.

Professor Raj was also interviewed on the research platform Faculti about his work on Covid-19.

The research of Associate Professor Liang Choon Wang and Professor Yves Zenou on "Gender inequality and caste: Field experiment evidence from India" was featured in Ideas for India.

The 33rd PhD Conference in Economics and Business

The 2021 Monash Environmental Economics Workshop, organised by our Energy, Environment and Resource Economics Research Group and jointly hosted by the Department of Economics and CDES, was again a great success.

In its fifth iteration, MEEW took on a hybrid format featuring keynotes by A/Prof Lana Friesen (UQ) and Ms Susan Madden (Murray Darling Basin Authority and NSW Assistant Commissioner for Natural Resources) as well as a jam-packed program across energy, environment and natural resource economics topics. With over 70 online and in-person participants the excitement to reconnect and discuss research with colleagues across Australia after the long lock-down was palpable. 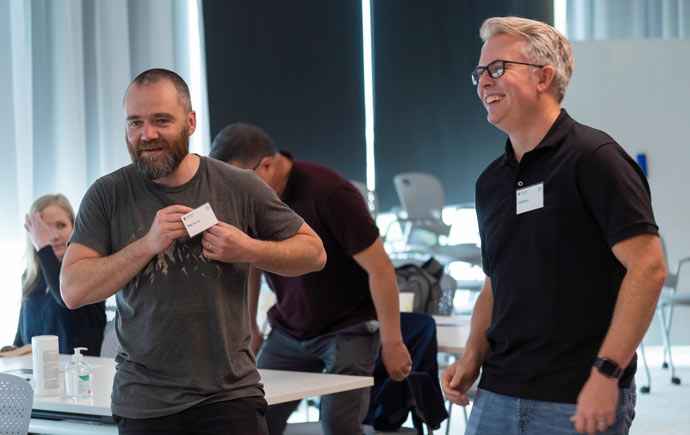 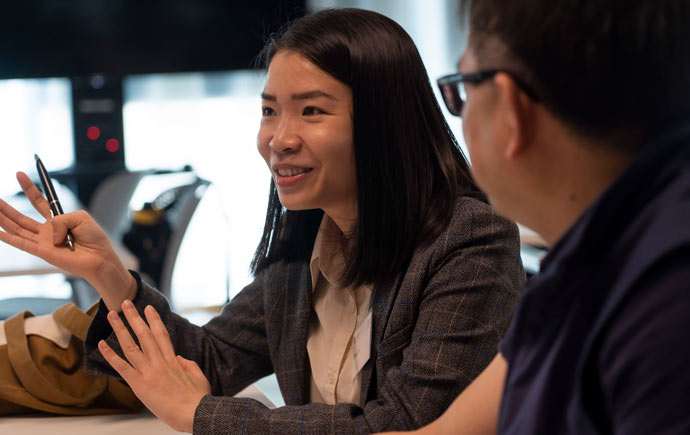 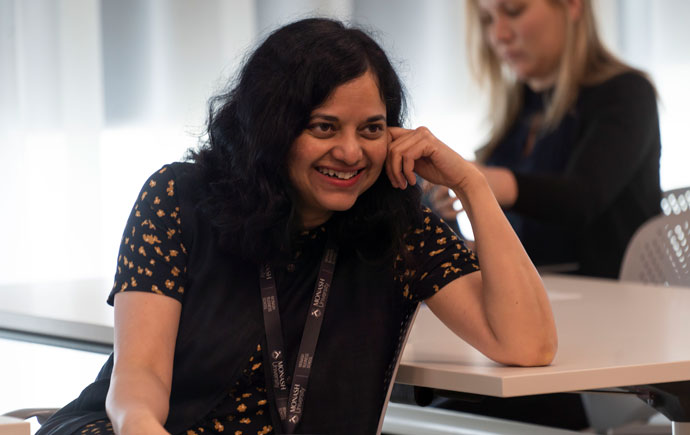 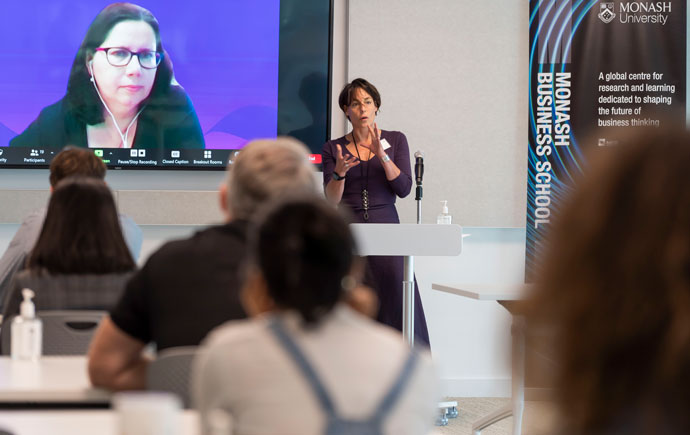 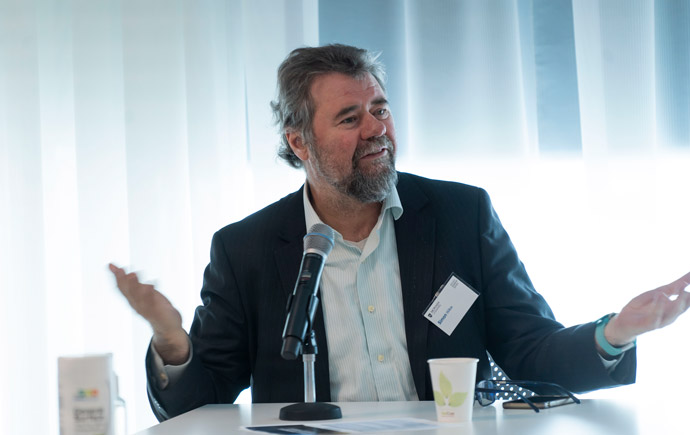 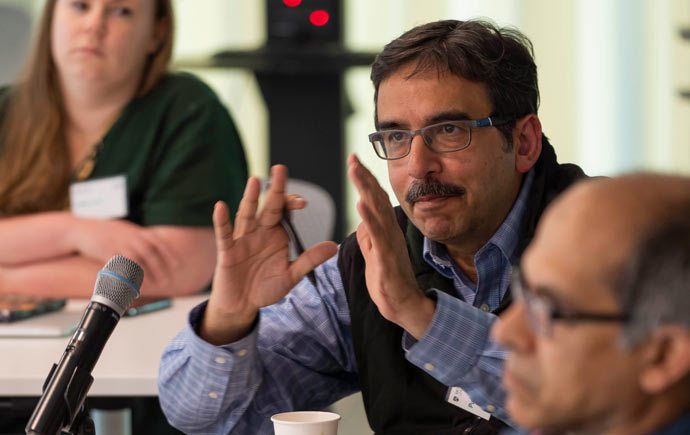 On 25-26 November,  the 16th annual Australasian Development Economics Workshop was held in a hybrid format, sponsored by the Australian Government Department of Foreign Affairs and Trade.

The Symposium on Economic experiments in developing countries (SEEDEC) was co-hosted by FAIR at the Norwegian School of Economics and the Department of Economics at Monash Business School on 7 October, 2021.

The ninth annual SEEDEC symposium brought together a community of scholars who employ laboratory experimental methods for research in low and middle-income countries.

The department of Economics initiated the Monash Lecture Series in Behavioural Economics which aims to invite leading scholars to give online lectures on some frontier topics in the field of behavioural and experimental economics.

In 2021, we successfully delivered three lectures by John List on “Voltage Effect”, Colin Camerer on “Individual Behaviour and Game Theory” and Juan Carrillo on “Neuroeconomic Theory”. The recorded lectures are available on Youtube.

In 2022, we will have Prof Roland Benabou from Princeton University to kick off the lecture series on 15 March, 9-11am.

Prof Sascha Becker has joined the Editorial Board of the /Journal of Economic
History (JEH).

Prof  Becker also gave a keynote lecture at the 5th annual conference of the
Asian and Australasian Society of Labour Economics (AASLE) held at Peking University on 9-11 December, 2021.

He also presented his paper “Scholars at Risk: Academic networks and High-skilled emigration from Nazi Germany at Osaka University in Japan (online) on 6 December, 2021.

At the University of British Columbia in Vancouver Prof Becker gave a talk (online) on “Shallow Christianity and the rise of Hitler” on 1 October, 2021.

On 21September 2021 he presented a research paper at the Institute for International Economic Studies in Stockholm.

Finally, on 9January, Prof Becker spent from 2am- 4am Melbourne time presenting a paper and discussing another paper at the (online) Allied Social Science Associations (ASSA) meetings.

He also held the Theory Seminar (online) at the Chinese University of Hong Kong, on 24 September, 2022.

Dr Claudio Labanca is co-organizing the inaugural workshop in Empirical Public Economics with Australian National University (ANU). This event, which will be hosted by the Tax and Transfer Policy Institute in Canberra on March 18 and 19, will bring together scholars and policy makers to discuss current issues and research in public economics.

This workshop is the first one of this type to be organized in Australia. It will set the seeds for a new community of researchers in public economics, and it will provide a great opportunity for our colleagues to showcase their research to policy makers, thus increasing its impact.

The keynote speaker is Professor Claus Thustrup Kreiner, of the Center for Economic Behaviour and Inequality, Department of Economics, University of Copenhagen. Professor Thustrup Kreiner is co-editor of the Journal of Public Economics and an expert on the use of large administrative datasets for research and policy insight.

Sascha Becker delivered the 2021 Noel Butlin Public Lecture at the Asia-Pacific Business and Economic History Conference at the University of Western Australia in February. The title of Sascha's lecture was 'Forced Displacement in History'. The conference and public lecture are annual events hosted by the Economic History Society of Australia and New Zealand. Lionel Frost is current President of the Society.

He and Marco Lecci have also started a new Economics podcast called GrowthChat where they cover topics in Economic growth and Economic History.

They interview Economists and other social scientists about their recent research papers and publications. The aim of the podcast is to share the invaluable work that researchers do, making it accessible to the general public and students, independently of their background and preparation.

So far seven interviews have been recorded and are available on Spotify, YouTube and Itunes. New episodes will be released every ten days.

A new season of the Monash Business School podcast Thought Capital, 'Connecting the dots of COVID-19', is out now.

You can find Thought Capital on Spotify, Itunes or wherever you listen to podcasts.