Claudio Labanca comes from a large family in a small town in Southern Italy. He loves the food, sports – and coffee in Melbourne. The Monash department of Economics has impressed him with its plentiful resources and low teaching load. 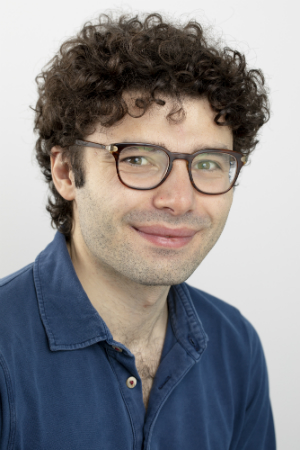 Originally from Lagonegro, a small town in the Basilicata region in Southern Italy, just a couple of hours from Naples, Claudio Labanca has left his large family behind. It has been ten years since he last lived in Italy and he has already been at Monash for 18 months. Every summer he returns to his hometown Lagonegro to visit his 90-year old grandmother, among others.

“I love it because the town is high on a mountain, 600 metres above sea level, and it drops straight into the Mediterranean Sea so you can get to the beach in 20 minutes. You escape all the heat of the seaside, so we sleep well. Yet we still go to the beach with my whole family in the mornings in summer and then come back home for lunch,” he says.

Claudio moved from Lagonegro to Milano in Northern Italy to study at Bocconi University. He stayed for undergraduate studies and his Master’s degree. During this phase, he got in touch with Professor Tito Boeri who is a labour economist at Bocconi. Since then he focuses on labour and public economics research, especially taxation on labour income.

“I’m trying to understand why workers don’t change their hours that much even when the tax rate changes. One explanation is that they might not be able to as they work with other people so there are coordination issues within the same firm. This leaves the government’s tax policy ineffective,” he explains.

After completing his Master’s degree, Claudio left Italy and worked first for the Ministry of Finance in the Netherlands and then for the European Central bank in Germany before deciding to do a PhD at UC San Diego.

“I really suffered from the weather in Northern Europe so when I decided to do a PhD and I knew it would be tough I applied where I knew the weather would be good so at least I didn’t have to worry about that.”

The workload at UCSD first came as a shock as he hadn’t taken any of the PhD classes at Bocconi as it was not his initial intention to go into research.

“It was very tough to catch up and I really didn’t know if I was going to stay. But once we got to research it was the best time of my life.”

Monash’s Department of Economics is his first appointment since the completion of his PhD. Claudio was impressed by the generosity of the research budget at Monash as well as the low teaching load and the numerous possibilities to run workshops and invite guests. It also helped that it was easier for his partner to work in Australia compared to the US.

Finally, there are many reasons why he is pleased they chose to come and live in Melbourne.

“The food is great and I drink a lot of coffee. Every Saturday I wake up and go to the Prahran Market where I sip coffee and read the newspaper at the local coffee shop for an hour. Then I do my grocery shopping. This is something I enjoy a lot, and wasn’t able to do as much in San Diego where everything was much more standardized and food was not as good.”

Otherwise, he enjoys swimming and cycling and these days he is very busy planning for his wedding in Sicily in August.

“I’m going back in June to try clothes and shoes with one uncle and then there’s another uncle who’s a wine producer so I’ll be choosing the right wine for the event with him. So the wedding’s very much a family business,” he says.