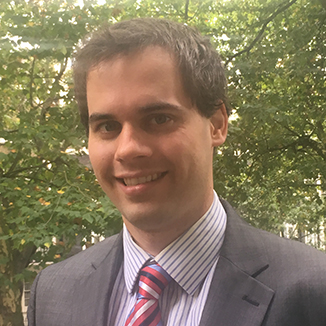 “I’m still a St Kilda supporter.” It’s one of the first things he says. And that’s where he grew up, just down the road from his current Caulfield office. Isaac Gross is Melburnian born and bred. Both his parents went to Monash and are still telling stories of the Menzies building and what it was like back in the 1970s.

Contrary to his parents, Isaac – or Zac as most people know him – undertook his undergraduate studies at Melbourne University followed by a stint in Sydney working for the Reserve Bank of Australia (RBA).

All through his school years he was more interested in science than in economics. But with time he found that physics and economics used the same method, then applied it to different areas. And he found it more interesting to apply the methods to people and behaviour, rather than atoms and particles.

Studying macroeconomics is what made him passionate about economic policy. This semester he’s teaching Applied Issues in Macroeconomic policy at Clayton, a very hands-on course for people interested in going to work for the Treasury or the RBA.

In 2013 he moved to University of Oxford to complete his Masters degree and DPhil, only to return five years later. While there were possibilities to stay in the UK or go to the US, in the end Australia won him back.

“My partner is also from Melbourne and I convinced her to move overseas in the first place so the prospect of coming back was just too good to pass up. It’s been great to have an Australian summer again. The department is good, as is the location,” he says.

Zac’s research specialises in the housing market and how buying a house affects households when it comes to expenditure and other household goods.

“Unsurprisingly the amount of smashed avocado you can buy decreases when you buy a house. And I look at how fiscal policies affect the house buyers, the housing market and household spending. Will people buy more or less avocados?”.

He finds that policies aimed at increasing homeownership, such as first home owner grants, can actually slow the economy as they encourage households to save rather than spend their income.

His research hasn’t so far been able to afford him a house of his own. So he’s still renting and looking forward to housing prices falling further while eating more smashed avo.

What do you think about the current housing market?

“While housing prices have fallen quite a bit in the current market the economy as a whole is still fairly stable and unemployment is fairly low at 5 percent. There’s not much to worry about at the moment. This is not a bubble that is going bust,” he says.

”If the prices fall another 10 percent then we’d be concerned but policy makers are actively keeping an eye on it – in fact there are early signs the slump may be over already, with prices rising in the past couple of months. Given that we’ve had a steady climb over the last few years a slight downturn is not the end of the world.”

He would like to see a shift in policy from favouring investors to focusing on first-time home buyers. He believes winding back negative gearing or just targeting it at new builds alone would be a good idea and facilitating for people to be able to afford their first own home.

“The price-income ratio has increased a lot since the 80s and 90s. It makes sense to enable people to buy a house, especially lower income earners. If we are looking at a situation where the bottom half of the income percentile are never able to buy, I think it’s not ideal.”

When Zac is not focused on his research he plays mixed netball at the Caulfield gym and enjoys to travel. Most weekends you’ll find him in his kitchen baking sourdough bread.

“It takes a bit of time but you can put all sorts of good things in there, olives, sundried tomatoes. I like to experiment. It’s always great to make something from scratch.”

Zac’s top three things to do in Melbourne: 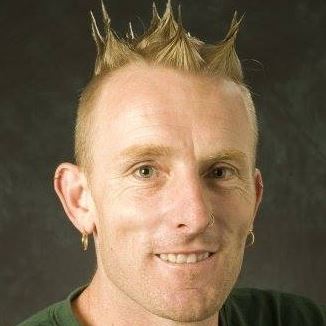 Wayne Geerling spent several years as a celebrated lecturer at La Trobe University before he left Melbourne for America in July 2012. He was looking for a bigger challenge and for a larger, more vibrant economics education community. He spent four years at Pennsylvania State University and two years at the University of Arizona.

“I worked alongside some of the best teaching specialists in the world. Being exposed to different teaching styles in a new environment was exactly what I needed at that point in my career.

“I had been a big fish in a small pond at La Trobe University. During the six years I spent in America, I proved I could compete at the highest level - in a much larger, deeper pond. By the time I left America, I had established a reputation as an internationally renowned teaching specialist. I have been working on a number of economics education projects with academics from a dozen American universities: everything from books to journal articles, through to working as an associate editor, to creating websites to help teach economics.”

With an ageing mum, he always thought he would return, but the timing was far from certain. On a random research visit to Monash in July 2017, he found the Department was creating a role that really suited him and subsequently offered him the job.

“There was no major planning involved. But when a Group of Eight university approaches you, you know it is time to go back.”

Wayne has two main research focuses: economics education and economic history. Economics education is a sub-discipline of teaching and learning which looks at how we teach economics. In a career spanning almost 15 years, he has taught nearly 30,000 students at four universities and won department, faculty, university and national teaching awards. Wayne has developed a reputation for being innovative and interactive in teaching large core classes.

In economic history, he is particularly fascinated by the Nazi period and his projects cover resistance in the Third Reich: people who committed treason and high treason and were arraigned before the People’s Court.

“Nazi court records from the period 1933-1945 are a goldmine for any economist interested in the economics of crime.”

His focus on both economics and history is obvious when you learn more about his background.

Wayne started his undergraduate studies with a Bachelor of Economics at La Trobe University but didn’t really enjoy the first two years of study. Not until he took a modern European history elective outside economics in his third year did this change.

“The lecturer was Bill Murray. He was an old Scottish guy who loved the French Revolution. He would lecture in both English and French. Bill was so passionate about teaching; he would relive the events of the French Revolution with incredible emotion and would often cry. It was weird, but incredibly inspiring. He truly cared about teaching. That has never left me,” he says.

Wayne went on to study more history and nowadays is deeply engaged in both economics and modern history, both of which help shape his teaching style. He sees himself as a solid researcher but an even better teacher.

“Teaching large classes is my comparative advantage. Always has been; I thrive in the environment of speaking in front of a large audience. The large core classes are the lifeblood of any department. It’s more common these days for a department to put their most dynamic teachers in here”, says Wayne.

When Wayne is not working, he has a keen interest in reading, mostly literature and books about the Second World War. He also likes to travel, play chess, watch sports like cricket and soccer and listen to music.

Given his fondness for history, his choice of favourite authors come as little surprise: Fyodor Dostoyevsky, George Orwell and Graham Greene.

“I prefer Russian, German and some English authors from the late 19th and early 20th century. I love reading.”