Professor Russell Smyth and Senior Lecturer Gennadi Kazakevitch are awarded the 25 Year Service Award from Monash University. The award was postponed due to COVID-19 so Gennadi has already spent close to 27 years at Monash University. He is very grateful for this acknowledgement. 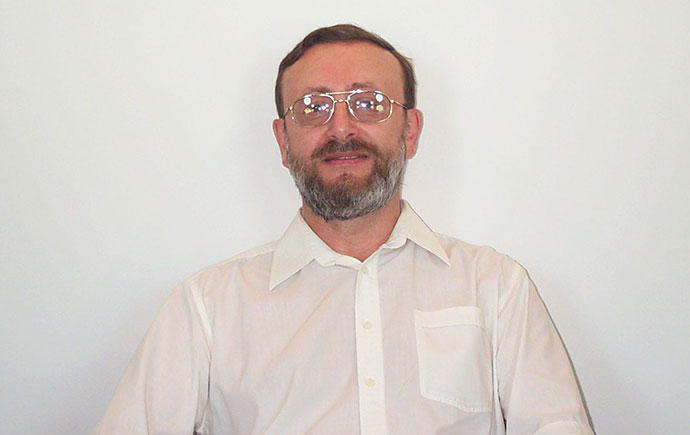 “Throughout my lifetime endeavours, any awards have been unimportant for me except this one. I have spent more than half my work life at Monash,” Gennadi says.

Gennadi Kazakevitch started his career at the Economics Section of the Business School at the Monash Gippsland campus in 1994, just a few years after he arrived in Australia from Moscow in Russia. From 1997, that group of Monash economics was amalgamated with the Department of Economics.

For some years he was the departmental coordinator in charge of the campuses at Gippsland, Berwick and Peninsula, as well as the Malaysia and South Africa campuses.

“I was there when the Berwick campus opened and I was there to close it too.”

For 10 years he was the Deputy Head of Department and Director of Education before recently transferring these portfolios.

“I think I have contributed to all the different education programs we run. I never expected my career to be so focused on education and management. I am very proud that so many of my former students have gone on to work in government, businesses and academia across Australia and overseas - thousands of people who have contributed to the prosperity of the world,” he says.

“My intentions when I started at Monash was to concentrate on research, but I don’t regret it. I am very positive.”

How has Monash changed during the time you have worked here?

“A really good change is that Monash has become even more diverse. We are a really international community of academics and students. Australia in general is a very harmonious community and Monash is even better.

“On the downside, we have moved from being an academic institution to a commercialised organisation and we are suffering from it now. We have become too reliant on international students. The current crisis hurts us, and we are losing students and staff because there is too much emphasis on the market component.”

In some respects, Australia is better off than many other countries during this pandemic. Still, Gennadi is concerned about the future.

“I am worried. On top of COVID-19 we have a worsening relationship with China. Australia has put all its eggs in one basket. I expect we will recover at a lesser level of prosperity and we will be forced to restructure our economy more than a lot of people understand at this stage.“

Currently Gennadi is in his first year of a two-year pre-retirement contract, which implies retirement from his current position at the end of 2021. At the end of the contract he will be happy to do casual teaching if the opportunity arises.

Otherwise he will increase his hours of volunteering for his local Lions club and pick up the Argentinian tango again.

“I don’t think my colleagues know this about me. They know I’m a published poet but not that I dance the tango. Once the pandemic is over, I look forward to dancing the tango with my wife again.” 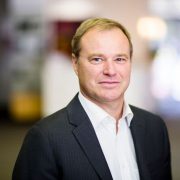 Professor Mark Crosby joins the Department of Economics and the leadership team of the revised Masters degree which will have a new professional focus.

“I'm excited about working with the Department to build a Masters of Economics cohort. I think that a true cohort experience adds tremendous value to the students, but is also very rewarding for us as educators.

"We hope to see growth in the Masters degree numbers, and in time a truly differentiated MEc that fits the career aspirations of our students,” Mark says.

Many of you will already know Mark from other roles within the Business and Economics faculty. He has served as our most recent Director of Bachelor of International Business and as a member of the MBA team.

He has broad skills and experience in leadership, education, research, consulting, and policy.

His focus will include business and academic development of the Masters program as well as convening the current year-long research class, which will be refocusing into a professional skills keystone class.

Mark's appointment with the Economics Department will be as Level E (education focused, 30% FTE) commencing at the start of 2021; he will continue to also have a fraction with the Leadership and Executive Education group. His role comes with some challenges.

“There is always a lot of competition for students, and in the short run the travel bans will make international recruiting challenging. Hopefully by mid-2021 we will see new international students arriving in Melbourne, setting us off on a new growth trajectory,” he says.

Mark joined Monash in 2016, following over 15 years with Melbourne University. He received his PhD from Queen’s University in Canada in 1993, and since that time Mark has had previous academic appointments include the University of Toronto, UNSW, and Melbourne. In 2011 he accepted the role of Dean at the SP Jain School of Global Management in Singapore, before returning to Melbourne Business School in 2013.

Mark Crosby’s academic interests are in international macroeconomics, with particular interest in policy issues in the Australian and Asian regions. His published research has covered topics such as the role of exchange rates in affecting macroeconomic fluctuations, the impact of macroeconomic factors on election outcomes, and the properties of business cycles.

“It has been a long time since I worked in an economics department, and I'm looking forward to getting back to focusing on some applied economics issues again.”

Staff are encouraged to complete this module on how to appropriately respond to a disclosure of sexual assault. This training is for all members of the Monash community, and of particular importance to staff and student leaders.