Lives and Livelihoods: Global Mortality and Poverty Effects of COVID-19

Please join Monash Business School’s Centre for Development Economics and Sustainability (CDES) for the next webinar in our series on ‘COVID-19 and Beyond’.

Our speaker is Professor Francisco (Chico) HG Ferreira from the London School of Economics (LSE). He will present a topical issue based on a research paper on ‘Lives and Livelihoods: Global Mortality and Poverty Effects of COVID-19’.

Professor Ferreira is the Amartya Sen Professor of Inequality Studies and Director (designate) of the International Inequalities Institute at the London School of Economics (LSE). His long and distinguished career at the World Bank has included roles in the Development Research Group as well as Chief Economist for the Africa Region. He also served as Deputy Chief Economist for Latin America and the Caribbean, and as co-Director of the World Development Report 2006, on Equity and Development.

When economists seek to estimate the costs to global welfare caused by COVID-19, they talk in terms of ‘poverty years’ – that is, the collective years of human life lost, and how many years of a life will be spent in poverty, as a result of the pandemic. The presentation by Professor Ferreira will provide scenarios and estimates of life lost and additional poverty years due to COVID-19 (as of June 2020) across 150 countries.

Associate Professor Gaurav Datt will offer comments as the discussant on the presentation. This event will be moderated by CDES Director, Professor Asad Islam.

Our ‘COVID-19 and Beyond’ webinar series has hosted prominent speakers such as the World Health Organization's Chief Scientist, Dr Soumya Swaminathan; US economist Professor Jeffrey Sachs; the former Chief Economists of the World Bank and the IMF, Professors Kaushik Basu and Raghuram Rajan; as well as other eminent global thinkers.The webinars have addressed wide-ranging issues such as COVID-19’s impact on free trade, food security, gender and emerging economies. Watch past webinars. 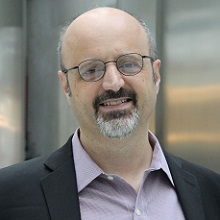 Francisco HG Ferreira is the Amartya Sen Professor of Inequality Studies and Director (designate) of the International Inequalities Institute at the London School of Economics (LSE). He is also affiliated with the Department of Social Policy at LSE.

Professor Ferreira is currently the Vice-President of the Latin American and Caribbean Economic Association and has served as Editor-in-Chief of the Journal of Economic Inequality (2012-2014), and on other editorial boards.

He has published widely in the fields of poverty and inequality in developing countries. He has been the recipient of the Haralambos Simeonides and the Adriano Romariz Duarte Prizes by the Brazilian Economic and Econometric Societies respectively, and the Kendricks Prize by the International Association for Research in Income and Wealth. Professor Ferreira has also previously taught at the Catholic University of Rio de Janeiro and at the Paris School of Economics.