Leaders Panel: What is the future of energy in Australia?

Despite being a sun-drenched and resources-rich country, Australians pay some of the highest energy costs in the world.

Can these policy sins of the past be undone?  And how large a role will ‘prosumers’ – electricity consumers who also produce their own energy – play as we adjust to a new landscape featuring a bigger role for renewables?

The panel will be chaired by Monash Business School Head and Dean of Business and Economics, Professor Simon Wilkie.

“If you look at energy markets in Australia, they delivered very good value for Australians for 10 years. But then something went wrong - we went off the rails. Now we’re paying amongst the highest prices in the world,” Professor Wilkie says.

“So clearly there is a policy failure that needs to be addressed.” 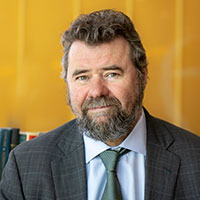 Professor Wilkie’s career spans a remarkable array of roles that extend beyond the higher education sphere and include appointments as Chief Economic Policy Strategist at Microsoft Corporation and Chief Economist with the US Federal Communications Commission. 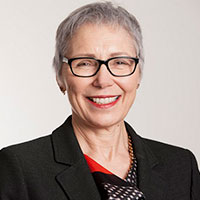 Chloe Munro AO is Chair of the Energy Transition Hub advisory panel and Chair of the IIG Solar Income Fund and IIG Solar Assets Fund. She is an independent director of NPP Australia Ltd, the former Chair of the Clean Energy Regulator and a panel member of the Independent Review into the Future Security of the National Electricity Market (Finkel Review).

Ms Munro was previously Chair of the National Water Commission, Chair of AquaSure - the consortium building Victoria’s desalination plant, and a non-executive director of Hydro Tasmania.

In 2017 Ms Munro was recognised by the Clean Energy Council for her outstanding contribution to the energy industry, and in 2018, was made an Officer of the Order of Australia in recognition of her service in the areas of renewable energy, water, climate change and the performing arts. 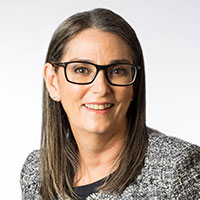 Catherine Tanna is Managing Director of EnergyAustralia, one of Australia’s leading electricity and gas retailers, serving almost 2.6 million customer accounts from a portfolio of coal, gas and wind energy generation assets. She is also a board member for the Reserve Bank of Australia and the Business Council of Australia.

Prior to joining EnergyAustralia in 2014, Catherine had spent her career in the international oil and gas industry. In 2009 she was appointed Managing Director of BG Group’s Australian business, QGC Pty Limited, and Executive Vice President for Australia and China.  Catherine led the development of Queensland’s first LNG project, one of Australia’s largest capital infrastructure projects at the time. In 2012 she was elevated to the position of Chairman, BG Australia. 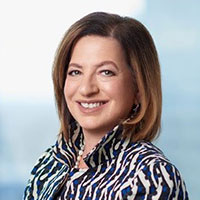 Ms Zibelman leads AEMO, the independent gas and electricity system and market operator in Australia, an organisation that has primarily responsibility of managing and maintaining energy system security for all Australians. As Managing Director and CEO, Ms Zibelman also serves on the Energy Security Board.

Ms Zibelman has extensive experience in the public, private and not-for profit energy and electricity sectors in the United States, most recently having held the positions of Commissioner and Chair of the New York State Public Service Commission (NYPSC). During her tenure at the NYPSC, Ms Zibelman led the design and implementation of extensive regulatory and retail market changes to modernise and transform the state’s electricity industry.

A recognised national and international expert in energy policy, markets and Smart Grid innovation, Ms Zibelman is a Founder and past President and Chief Executive Officer of Viridity Energy, Inc.