Competition in the rest of the economy is argued to promote efficiency and economic growth, but is competition useful in health care? What is the likely impact of increased competition and patient choice in health care on price, quality, cost, innovation, spending and the distribution of care?

Professor Propper will address the question of whether patient choice and competition among providers is worth pursuing in heavily regulated health care markets like those in the UK, Europe and Australia where public funding is dominant.

Professor Stephen King will respond to Professor Propper's address and discuss competition and choice in the context of the Australian Health Care System. 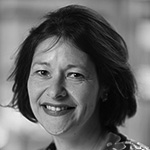 Her research focuses on the impact of incentives on the quality of health care delivery and health system productivity and, more widely, on the design and consequences of incentives within the public sector and the boundary between the state and private markets.

Her most recent awards and accolades include:

In 2017, Carol and co-authors Martin Gaynor and Stephan Seiler were awarded the International Health Economics Association Arrow Award for the best paper in health economics for the paper Free to choose? Reform, choice and consideration sets in the English National Health Service. American Economic Review

In 2014, Carol was elected as a fellow of the British Academy.

In 2010, Carol was awarded a CBE for her services to social science which recognises Carol’s research into public economics and economics of health care as well as her work with colleagues from other social science and medical disciplines

Previously, Carol was a Senior Economic Advisor to NHS Executive on Regulation of the NHS Internal Market 1993-4, Co-Director of the Centre for the Analysis of Social Exclusion at London School of Economics between 1997-2007, Co-Director and Director of the Centre for Market and Public Organisation between 1998-2009 and Chair of the ESRC research grants board 2005-2009 and a member of the ESRC Council. 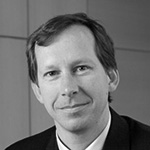 Professor Stephen King, Stephen is currently the Commissioner of the Australian Government Productivity Commission.  He is also, an Adjunct Professor at Monash University, and Co-Director of The Monash Business Policy Forum in the Centre for Global Business, Monash Business School.

Stephen’s main areas of expertise are in microeconomic theory, competition economics, regulation and industrial organisation.  His research has been published widely, including articles in major international economics journals.

Previously, he was the Dean, Faculty of Business and Economics, Monash Business School, Monash University (2009-2011) and Commissioner, of the Australian Competition and Consumer Commission (ACCC) (2004-2009).