COVID-19: Recent Performance and Prospects of the Chinese Economy

In contrast to all other major economies, the Chinese economy has recovered rapidly from the impact of COVID-19 and is set to be the most important driver of global growth in the period ahead.

This will have major global economic and political implications going well beyond the immediate future. Is Australia ready for China’s new ‘Dual Circulation’ economy? How will the US election result affect China’s economy and growth strategy?

In the latest ‘COVID-19 and Beyond’ webinar series, the Centre for Development Economics and Sustainability (CDES) has gathered a panel of experts to discuss how China has managed to achieve this recovery, its sustainability and likely trajectory, as well as wider regional and global implications. 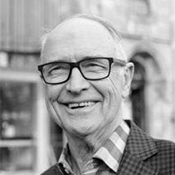 Professor Ross Garnaut AO, AC, Professorial Research Fellow, University of Melbourne, is one of Australia’s most distinguished economists and an authority on the Chinese economy. He has held many senior positions in academia, business, government, diplomacy, and international institutions. He was the Australian Ambassador to China during 1985-88, and has authored numerous publications on international economics, public finance and economic development, as well as influential policy reports including The Garnaut Climate Change Review (2008). Professor Garnaut is a Fellow of the Australian Academy of Sciences, a Distinguished Fellow of the Economic Society of Australia, Distinguished Life Member of the Australian Agricultural and Resource Economics Society, and an Honorary Professor of the Chinese Academy of Social Sciences. 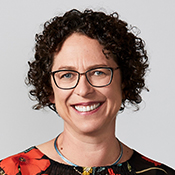 Professor Jane Golley, Director, Australian Centre on China in the World, Australian National University, has been a co-editor of the China Story Yearbook series since 2016, is President of the Chinese Studies Association of Australia, and an Executive Member of the Australia-China Business Council (ACT). Her research on China over several decades has covered a wide range of Chinese transition and development issues, including the Belt and Road Initiative and China's growing geoeconomics capabilities. She wrote her doctoral thesis at Oxford University on 'The Dynamics of Chinese Regional Development: Market Nature, State Nurture'. Economics and Deputy Dean, National School of Development (NSD), and Director, Institute of Digital Finance (IDF), Peking University. He served as a member of the Monetary Policy Committee at the People’s Bank of China during 2015‐2018. Currently, he is Vice Chairman of Council at the Public Policy Research Center and Research Fellow at the Financial Research Center, both at the Counselors’ Office of the State Council. He is also Editor of the China Economic Journal and an Associate Editor of Asian Economic Policy Review. He served as a Managing Director and Chief Economist for Emerging Asia for Barclays; a Member of the External Advisory Group on Surveillance, International Monetary Fund;  International Visiting Professor of Economics and Finance, Columbia Business School;, Managing Director and Chief Asia Economist, Citigroup;  and Independent Director, China Life Insurance and Mybank.