Business Breakfast: Marketing Sport - a business, a passion, a challenge

Sport has evolved into a complex business that generates billions of dollars. Australians are passionate about sport and Melbourne is revered as our sporting capital. With the lure of a global audience as the prize, the stakes are high and competition is fierce.

So, what are the marketing challenges? What does success look like and how do you achieve success?

Our guest speakers – a corporate, a marketer and an elite athlete -  provide their perspectives and fascinating insights into the challenges and strategies they employ to achieve success. 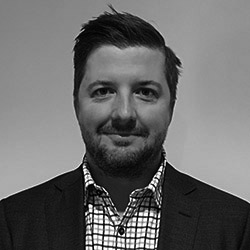 Mitchell has over a decade’s experience in the automotive industry and has worked in a variety of marketing roles across retail, brand, corporate and partnership strategy. During his seven years at Mitsubishi Motors, Mitchell was responsible for the company’s retail marketing strategy before moving into a sponsorship role leveraging Mitsubishi’s portfolio, including its four-year partnership with the Australian Olympic Team.

In 2014, Mitchell moved to Nissan Australia to help shape the brands motorsport strategy and oversee local activation of global partnerships such as City Football Group and UEFA Champions League.

Over the past three years, Mitchell has been instrumental in Nissan Australia’s sponsorship strategy development including signing the landmark partnership with Netball Australia. 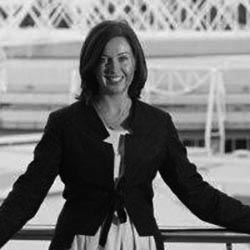 Brigette McGuire is a leading executive in marketing, media, governance and a commentator on business issues, behaviours and ethics in the sport and recreation sector. Over a 25 year career, Brigette's work in the sport and entertainment sectors has spanned leading organisations including the USTA, Tennis Australia, Golf Australia,  the Australian Sports Commission and the Nine television network to name a few. As Director of Marketing for Tennis Australia and the Australian Open Grand Slam, Brigette was described as the most powerful woman in tennis having responsibility for the global brand. A member of the Monash University's Business School Advisory Board, the Sport Environment Alliance Board and former Chair of the Department of Marketing Advisory Board, Brigette is Monash University Alumni having graduated with a Master of Marketing Degree from the University's Caulfield campus. As a junior athlete, high performance coach and mother of national and international junior athletes, Brigette's understanding of sport and it's connection to the Australian public is
second to none. 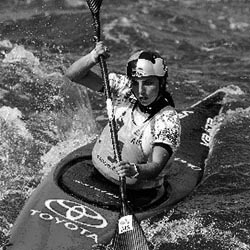 The passion for paddling competitively is part of Jess’s DNA. With her mother (Myriam Jerusalmi) winning a Bronze medal for France in Atlanta 1996 and her father (Richard Fox) a five-time World Champion, Jess started paddling competitively in 2006 in both the kayak single event (K1W) and the canoe single event (C1W) … and Jess has not looked back:

Jess is back on the world tour, winning gold in the C1W at the Canoe Slalom World Cup in Germany (June 2017) and is currently preparing for the Tokyo 2020 Olympic Games with the support of her sponsors: Red Bull, Rebel Sport, Toyota Australia, Southlands Shopping Centre (Penrith). 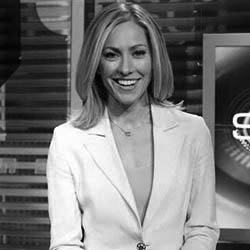 Tiffany is one of Australia’s leading sports presenters and producers, with a media career spaning two decades and three continents across television, film, radio, print and digital.

She is the multimedia executive for Richmond Football club, working in conjunction with Vic Health on the implementation of a program to get more women active, and AFL caller for Melbourne’s leading radio station, 3AW.

Tiffany has worked for CNN in both Australia and the US as a presenter, producer and reporter, before setting up ESPN’s Melbourne bureau and moving to Connecticut/NYC in 2008 as the network’s Australian SportsCenter anchor and producer.

Passionate about gender equality, diversity and helping drive social inclusion, Tiffany launched her own company, Cherry Picked Productions, creating television and on-line content, as well as having produced and hosted her own sports radio show, The Hen House for SEN. In 2013, she created Token Blokes, a corporate/charity golf day designed to foster workplace gender equality.