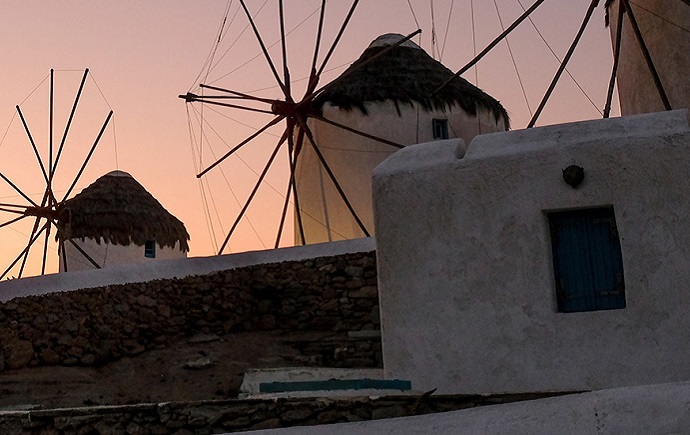 The Island of Mykonos

Undoubtedly, Mykonos is one of the most known islands of Greece, worldwide.

It is an island of the Aegean Sea and belongs to the complex of Cyclades. Recent archaeological remnants show that the island was populated by the Kares people from 3000 BC, who were expelled by Iones at 1000 BC. It was dominated by the Romans and was under the authority of Byzantines until the 12th century. After the defeat of the Byzantine Empire at the Fourth Crusade (1204), the island was granted to Andrew and Ieremia Gizi. After the death of the last Gizi (1390), the Venetians controlled the island again.

In 1292, the island was plundered by Catalans and, in 1537, was devastated by Hayreddin Barbarossa, admiral of Suleiman the Magnificent. During the Turkish Occupancy, Mykonos was governed by commissioners. During the revolution of Orlof, Russia dominated it (1770–1774).

During the revolution of 1821, the Myconians followed their heroin Manto Maurogenous (daughter of a powerful family, grown up at Tergesti with the ideas of the Enlightenment) and repelled the Turkey Navy. After the revolution, the new state of Greece was founded and a dynamic civil class emerged.

Unfortunately, the discovery of steam (19th century) and the opening of Corinthos’ canal forced Myconians to leave the island. Demographic recovery came again in the 1930s due to tourism and archaeological excavations at the island of Delos. Nowadays, Mykonos is a destination for many VIP people.

Various places in Mykonos (Chora) are worth visiting, including