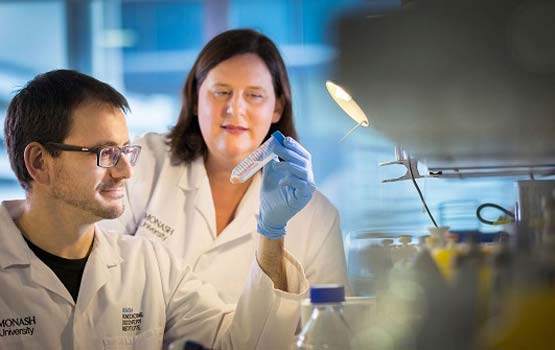 A world-first discovery by Monash BDI researchers that points to a way to repair the gut has attracted the attention of a number of media outlets. The study, published in Cell Stem Cell and led by the BDI’s Professor Helen Abud and Dr Thierry Jardé, identified a key biomolecule that enhances the repair of the gut lining by prompting stem cells to regenerate damaged tissue. The researchers investigated the environment that surrounds gut stem cells and used ‘mini gut’ organoids. The study defined key cells that reside in close proximity to stem cells in the gut that produce the biomolecule Neuregulin-1 which acts directly on stem cells to kick-start the repair process. “Our findings open new avenues for the development of Neuregulin 1-based therapies for enhancing intestinal repair and supporting rapid restoration of the critical gut function,” Professor Abud said. The study appeared in Medical Xpress, SCIENCE Codex, Infosurhoy and BrightSurf.