Tasmanian Tiger not so fearsome after study 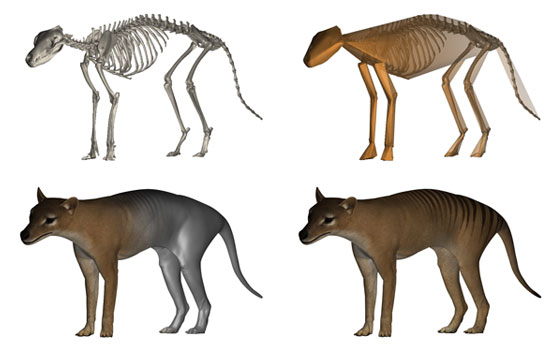 Dozens of media outlets in Australia and overseas were captivated by findings, published in Proceedings of the Royal Society B, that the Tasmanian Tiger was only about half as big as once thought. The BDI’s Dr Justin W Adams and PhD student Douglass Rovinsky, and Associate Professor Alistair Evans from the School of Biological Sciences, used advances in 3D analysis to show the extinct marsupial only weighed on average 17 kilograms. The Conversation noted that the thylacine, also known as the Tasmanian wolf, was once the world’s largest marsupial predator. Mr Rovinsky said rewriting the thylacine as a smaller animal changed its position in the ecosystem because what a predator eats is dependent on how big it is. MSN News Canada called the marsupials ‘tinier and wimpier’ while CNN likened them to the size of a large coyote rather than a wolf.  ‘Not so scary’ said the Herald Sun. ABC and other radio stations, and television channels all revelled in the news.