Malaria vaccine: Could this “ingredient” be the secret to success? 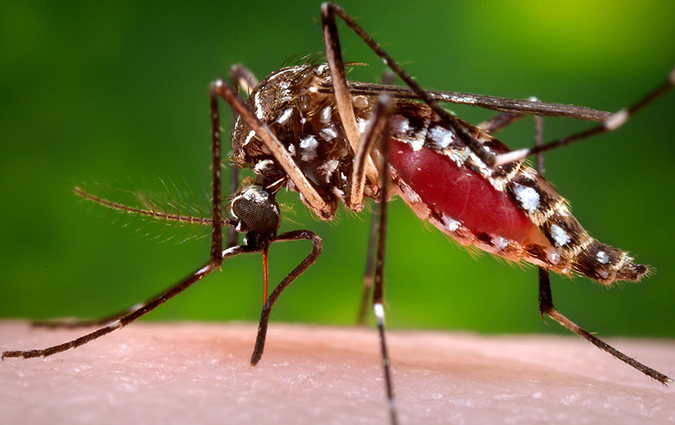 Melbourne researchers have identified a microscopic “ingredient” that can be added to a malaria vaccine for efficient protection against the deadly pathogen.

This ingredient is an essential component of the malaria parasite, a protein known as RPL6, which makes the parasite “visible” to a type of immune cells, the T cells, in the liver. The researchers added the protein to their existing vaccine strategy, known as ‘prime and trap’, and tested their discovery in mice, finding the combination offered complete protection against malaria.

Malaria parasites are deposited on the skin when an infected mosquito feeds. They quickly make their way to the liver where they develop for several days before progressing to the bloodstream – a dangerous step where it multiplies and runs rampant. At this stage, symptoms can include fever, multi-organ failure and potentially death.

The research, published today in Cell Host & Microbe, builds upon the 2016 discovery that demonstrated the existence of T cells that are resident in the liver and can efficiently protect against malaria, which led to the development of the ‘prime and trap’ vaccination strategy. This vaccine works in two stages. The first, a ‘priming’ stage, sets the immune response in motion, boosting the army of malaria-specific T cells in the body and helping to attract them to the liver. The second ‘trapping’ stage pulls an abundance of these T cells into the liver and then converts these cells into liver-resident T cells to permanently guard the liver from malaria infection.

The research team - co-led by University of Melbourne Professor Bill Heath and Dr Daniel Fernandez-Ruiz from the Doherty Institute (a joint venture between the University of Melbourne and The Royal Melbourne Hospital) and Associate Professor Irina Caminschi from the Monash Biomedicine Discovery Institute - believe this breakthrough advances our understanding of the requirements for protective immunity to malaria; a significant question that has been baffling scientists for decades.

Dr Fernandez Ruiz said identifying specific antigens that can be used in a vaccine has been an enormous challenge in malaria research.

“With more than 200 million cases of malaria each year and almost half a million deaths1, many of them children under the age of five, the need for a malaria vaccine is urgent,” said Dr Fernandez Ruiz.

“Our discovery is a significant step forward in our efforts to produce an effective and efficient vaccine, which completely protects mice against infection by malaria parasites.”

Associate Professor Irina Caminschi said: "By uncloaking the parasite and engineering an army of immune cells ready to kill parasite-infected cells, we effectively nipped the disease in the bud.

“This study has opened the door for further research, such as identifying equivalent malaria antigens that are protective for humans, taking us one step closer to developing an effective malaria vaccine,” she concluded.

About the Peter Doherty Institute for Infection and Immunity

Finding solutions to prevent, treat and cure infectious diseases and understanding the complexities of the immune system requires innovative approaches and concentrated effort. This is why The University of Melbourne – a world leader in education, teaching and research excellence – and The Royal Melbourne Hospital – an internationally renowned institution providing outstanding care, treatment and medical research – have partnered to create the Peter Doherty Institute for Infection and Immunity (Doherty Institute); a centre of excellence where leading scientists and clinicians collaborate to improve human health globally.