A study by Monash researchers has shown a neurobiological basis for Anorexia Nervosa (AN), a condition that affects up to 3 per cent of Australian teenage and adult women and has the highest mortality rate of any psychiatric disease.

The study, published this week in Biological Psychiatry, used an animal model of anorexia to reveal the neural pathways in the brain responsible for AN. Led by Dr Claire Foldi at the Monash Biomedicine Discovery Institute, the research potentially opens the way for therapies that could target these pathways.

Brain imaging studies have shown that some parts of the brain, including the prefrontal cortex, “light up” differently in people with AN when challenged with disorder-specific images related to body image or food. However, according to lead researcher Dr Claire Foldi, it is not clear whether these changes in brain activity are a cause or symptom of AN.

Dr Foldi and colleagues used a rat model known as “activity-based anorexia” (ABA) in which animals are unable to maintain body weight when allowed to exercise (on a wheel) in combination with time-limited access to food. This mimics what occurs in AN sufferers who “voluntarily restrict caloric intake in order to hover on the brink of starvation for months and even years,” she said. Part of what allows people with AN to stick to punishing diet and exercise routines, even in the face of dramatic weight loss, is an excessive level of cognitive control or “reduced cognitive flexibility”.

By “silencing” specific neural pathways related to cognitive control and observing behaviour in the ABA rats, the researchers discovered a pathway in the brain that seems to trigger the development of pathological weight loss.

They found that suppressing activity in a discrete prefrontal circuit improved flexibility in a touchscreen reversal learning task (as a measure of cognitive flexibility) and allowed rats to maintain a healthy body weight despite being exposed to conditions that normally elicit anorexia.

According to Dr Foldi, this research provides the first direct evidence for a neural circuit linking cognitive flexibility and pathological weight loss. “It’s hoped that these insights will provide sign posts for new pharmaceutical interventions or, at the very least, demystify the biological origins of the disorder, providing an understanding that, in itself, has been shown to be helpful to those suffering from this debilitating and deadly disorder,” she said. 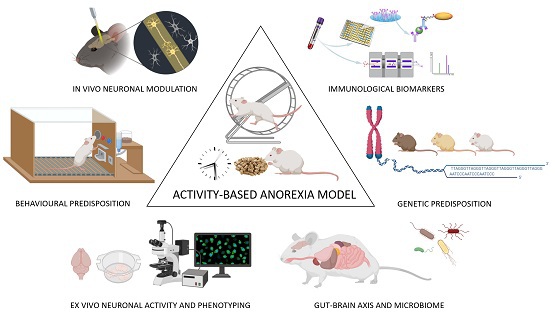