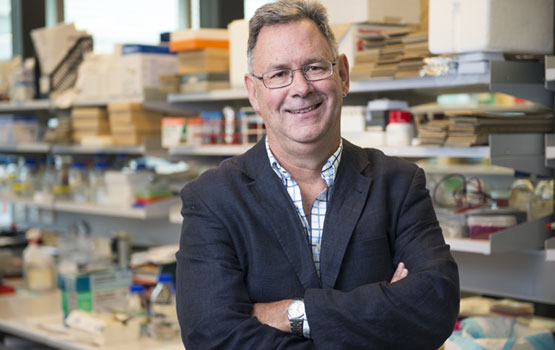 Last year he had a Special Issue of the US journal The Anatomical Record dedicated to his career achievements and was honoured by a Monash BDI Lifetime Achievement Award; now respected Monash BDI scientist Professor John Bertram has won the Australia and New Zealand Society for Cell and Developmental Biology (ANZSCDB) President’s Medal.

The President’s Medal is the highest honour bestowed by the ANZSCDB. It recognises the outstanding contributions to the disciplines of Cell and/or Developmental Biology made by scientists in Australia and New Zealand.

Professor Bertram, a world-leading kidney expert known globally for his research into nephron endowment, said he was thrilled to win the award. “This was due to the hard work of many people over many years,” he said. “Monash has provided an outstanding and stimulating environment for my research.”

Professor Bertram and his team, along with collaborators, have made landmark discoveries defining population and disease-associated variation in kidney structure. Research on six human populations, including indigenous and white Australians, has linked low birth weight driving low nephron endowment to increases in the risk of chronic disease.

His research has had important clinical implications, particularly concerning people with low nephron numbers who are vulnerable to developing hypertension and renal disease. Nephron numbers are fixed before birth.

Professor Bertram headed the Department of Anatomy and Developmental Biology from 1998 to 2016, and took on the role of acting head for a while. He guided it from being one of the smallest departments in the Faculty of Medicine, Nursing and Health Sciences to one of the largest. His contributions have made Monash a world leader in kidney research.

The President’s Medal is awarded on the criteria of scientific achievements (ground-breaking and influential discoveries demonstrating impact and influence on the field); leadership, engagement, and mentorship; and national and/or international profile.