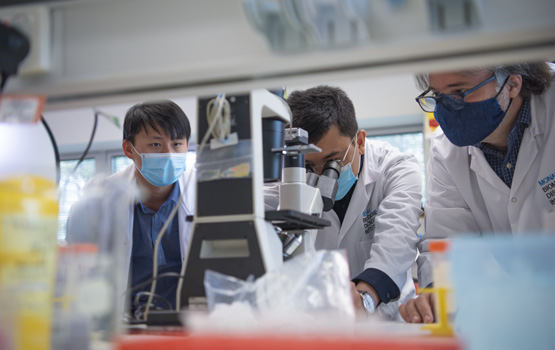 Imagine if there was a safe, effective way to extract deadly cystic fibrosis genes from an IVF embryo. That is not possible now because advancing the technology to the clinic has been limited by the paucity of embryos donated by parents who have undergone IVF and no longer need them. But this could change.

Last week Australian scientists at Monash University made the extraordinary announcement that they had generated a model of a very early human embryo, or blastocyst, from skin cells. Rather than relying on rare IVF embryos, the research means that hundreds of models of an early embryo, called iBlastoids, can be generated in the lab for many uses including improving IVF techniques, developing new therapies based on embryonic stem cells and learning why so many pregnancies fail in the first days.

Amid the excitement this iBlastoid discovery has generated, and the debate over whether current national and international ethical guidelines are now comprehensive enough to cover this new discovery, Australia’s capacity to leverage our research to lead the world in this entirely new field needs to be discussed, and soon. Because other countries and pharmaceutical companies will recognise the benefits and grab them as their own and they will start doing this at scale and with the speed and intensity of a new gold rush. Hundreds of researchers will be deployed to extend this breakthrough into new therapies, products and services, some that we have not even imagined yet.

So this discovery presents a challenge to Australia’s innovation and commercialisation systems. Do we have the mechanisms in place to compete and secure new industries, jobs and wealth for this country? Can it be done in a time frame that is rapid enough to maintain the first-mover advantage secured by the iBlastoid team, led by Professor Jose Polo?

Until just recently the answer would have been no. The National Health and Medical Research Council (NHMRC) and the ARC which collectively have funded so much biomedical discovery science over previous decades (including in part Professor Polo) have had very limited schemes to bridge the gap between basic and industrial development.

The magnitude of funding would support a limited number of new staff with a start time of, at best, eight months after support was sought. For this period the research would be on hold, allowing competitor countries and companies to leapfrog research discovered in Australia.

The government has moved to address this in several ways. Federal Education Minister, Alan Tudge, in a speech in late February, called on “academics to become entrepreneurs, taking their ideas from the lab to the market”

“We want them to be properly rewarded for their breakthroughs and their engagement with business,” he said. He added that universities can help build Australia’s sovereign capabilities. The mechanisms to achieve this are still under development but the direction is highly promising.

At its current stage, Professor Polo’s work is probably still too early for venture capital interest, although it is not far off. The gap between the making of medical research discoveries that have the potential to save lives and their ultimate downstream therapeutic exploitation, is often referred to as the “valley of death” where many promising ideas fail.

The Medical Research Future Fund (MRFF) has tried to bridge this with several schemes including the MRFF early stage translation and commercialisation call. The co-operative research centre schemes now have a project initiative where industry can partner with academia to develop a specific project. At the state level, the Victorian government has announced a $2 billion Breakthrough Victoria Scheme pledged to support breakthrough science and innovation.

The iBlastoid discovery provides the test case for whether this new policy environment is fit for this purpose. If we cannot make substantial profits and create new industries with an extraordinary breakthrough such as this as our starting point, how do we hope to create new wealth from our knowledge industries based on more incremental advances?

So, who will be interested in this new research?

IVF companies wanting to improve their success rate in couples who suffer persistent early miscarriage will used iBlastoids to develop new therapies for infertility. Pharmaceutical companies will use iBlastoids for high throughput drug and toxin testing. And the widely available gene editing technology, called CRISPR, which can literally remove a disease-causing gene, can now be tested, and fine-tuned, so it can tackle diseases like cystic fibrosis.

So it won’t just be the world’s scientists, clinicians and ethicists looking at this remarkable Australian research development. It will also be large corporations, philanthropic groups and pharmaceutical and biotechnology companies.

This iBlastoid discovery has enormous promise for future high value industries and human health. We should ensure that this opportunity is exploited for the health of the world and the benefit of the Australian economy. Now is the time for academia, government and industry to come together to deliver on this opportunity.

Professor Ross Coppel, Deputy Dean and Director of Research at Monash University’s Faculty of Medicine, Nursing and Health Sciences. This article appeared in The Australian on 23 March 2021.