Treatments that may protect eggs against ageing in older women 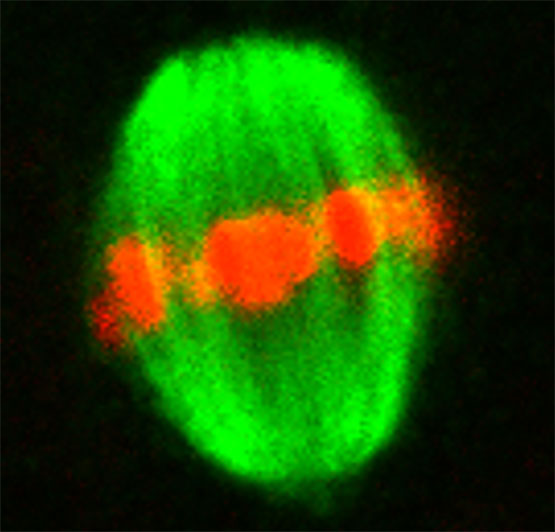 A woman’s fertility decreases as she ages – largely because of fewer healthy oocytes or eggs, and those that are available for fertilisation often have chromosomal abnormalities which result in a higher incidence of miscarriage and genetic disorders such as Down’s syndrome.

Now a team at the Monash Biomedicine Discovery Institute (BDI) and Robinson Research Institute, collaborating with Monash IVF, has found a potential treatment that targets mitochondria to help prevent these chromosomal errors in mouse and human eggs.

In a paper published in the journal Human Reproduction, researchers led by Professors John Carroll and Rebecca Robker used two mitochondria-targeted therapeutics – called MitoQ and BGP-15 – which appeared to protect eggs from the chromosomal disturbances seen in older or abnormal eggs.

In particular, the addition of these agents improved how immature human eggs organise their chromosomes when matured in laboratory conditions. If this effect holds true for eggs maturing in the body it may also prevent chromosomal abnormalities in human eggs, effectively protecting them against miscarriage or genetic consequences such as Down’s syndrome.

The first author, Dr Usama Al-Zubaidi from the Monash BDI says: “Given that increasing numbers of women delay childbearing there is an imperative to improve fertility and reduce miscarriage and chromosomal anomalies associated with maternal ageing.”

The study identified “two excellent candidates that may one day help to improve fertility in older women.”

The age-related decline in fertility is strongly attributed to ovarian ageing, diminished ovarian reserves, and a decline in oocyte quality. One cause of this is due to increased oxidative stress within the oocytes.

Mitochondria – whether in an oocyte or any other cell in the body - use oxygen to create energy and one of the by-products is the production of free radicals. Oocytes are made during foetal life so have a lot of time to accumulate oxidative damage. Also, as eggs age, their defences against oxidative damage become compromised. MitoQ and BGP-15 appear to be protecting eggs at least in part by improving mitochondrial function and minimising oxidative stress during critical periods when the eggs are dividing their chromosomes.

Next steps involve finding the best conditions for these therapies to work when eggs are maturing inside the ovary and if the effects seen on chromosome organisation translate into healthier eggs that have a better chance to develop into healthy pregnancies.

“Increasingly, fertility science is turning to therapies that specifically target these mitochondria with a view to preventing the chromosomal abnormalities that occur due to ageing and oxidative stress,” Professor Carroll said.

“Our study looked at two of these candidates to see whether they in fact made a difference to older eggs from humans and mice and found they can make the older eggs ‘younger’ again.” They were very effective at one level, but we are now working on seeing if this approach can work in patients.”

Both MitoQ and BGP-15 are used in humans already, – with MitoQ used to treat age associated hypertension while BGP-15 has been used in clinical trials for diabetes where it was given orally.

Medical Director Monash IVF, Professor Luk Rombauts said that improving function of the mitochondria, which he calls “the little energy factories within the eggs”, is one of the potential strategies to enhance egg quality and reproductive success, even more so in older women. “Monash IVF is keen to continue its collaboration with Professor John Carroll’s lab to find meaningful ways to turn this research into new treatment strategies.”