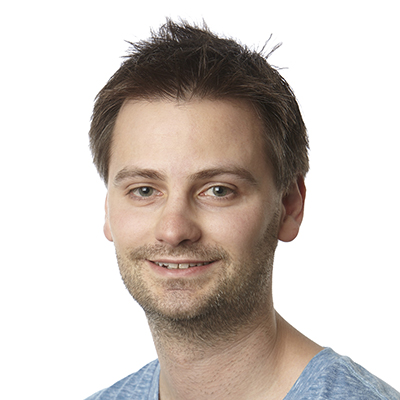 Dr Christopher Stubenrauch (above) and Dr David Stroud (below)

The awards were presented as part of the Faculty’s ECR Symposium 2017 held on 30 October at the Monash Business School, Melbourne CBD, City Campus. 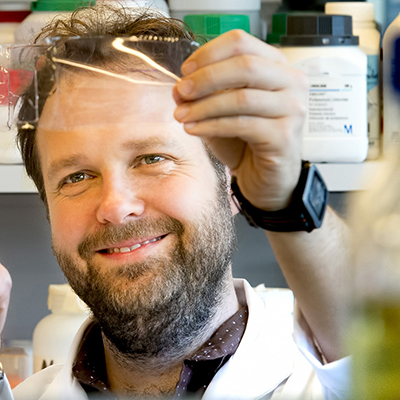 “I am thrilled to receive the award,” Dr Stubenrauch said. “It is very rewarding to be recognised by the Faculty,” he said.

Dr Stubenrauch won his prize for the 2016 paper ‘Effective assembly of fimbriae in Escherichia coli depends on the translocation assembly module nanomachine’ published in Nature Microbiology. The paper investigated how bacteria make some of the machinery that cause disease. You can read more about the paper here.

“It’s about understanding the role a protein complex, which we have called the 'TAM', plays in various diseases,” he said.

Dr Stubenrauch said he intended to use the $1000 prize money to help fund a trip to the Gordon Research Conference on Protein Transport Across Cell Membranes to be held in Galveston, Texas, where he will promote the science explored in the paper.

Dr Stroud won his prize for the 2016 paper ‘Accessory subunits are integral for assembly and function of human mitochondrial complex I’ published in Nature. The paper identified two new genes linked to a major cause of mitochondrial disease. You can read more about Dr Stroud’s research paper here.

“I am grateful to have received this award and would like to acknowledge my co-authors, especially Professor Mike Ryan, and thank the entire research team for their tireless efforts throughout this project’s journey,” Dr Stroud said.

Dr Stroud used the money to present the work at Combio 2017 in Adelaide.

For the full list of winners of the Faculty of Medicine, Nursing and Health Sciences ECR and ECR Fellows Publication Prizes, click here.