Diane Kraal has a PhD in humanities and social sciences from La Trobe University. She held roles in the minerals resource sector with Conzinc Rio Tinto (CRA Australia) Ltd. She worked with Ernst and Young and was a registered tax agent. For eight years she was the taxation and banking manager at La Trobe University, Melbourne. Dr Kraal has experience in the financial services sector and was the taxation manager with Australia's largest administrator of industry superannuation funds.

Dr Kraal has been with the Monash Business School since 2010 as a Senior Lecturer in the Department of Business Law and Taxation. In 2017, she was called as an expert witness to the Federal Senate tax inquiry into Australia's offshore oil and gas industry. In 2018, she received the Monash Business School Dean’s Commendation for Research Impact for her work in tax reform in both Australia and Papua New Guinea. Dr Kraal comments: “I like both teaching and research for the flexibility they afford. My interest in the energy sector has grown over my time with Monash University”.

Dr Kraal’s journey into using the framework of ‘Energy Justice’ started at Monash. “Energy justice provides a decision-support tool for policy makers to bring into balance the competing aims of economics (e.g. energy pricing), politics (e.g. energy security) and the environment (e.g. sustainability of biofuels), known as the energy trilemma”. She adds: “Energy justice can be defined as a world-wide energy system that equitably disseminates both the costs and benefits of energy and includes due process in decision-making. The energy justice framework is operationalised through eight principles: due process, transparency and accountability, availability, affordability, sustainability, responsibility and intra- and inter-generational equity.”

Energy justice acknowledges the competing aims of economics, politics and the environment. Dr Kraal comments: “I’m finishing a comparative study with colleagues from the Netherlands about how gas is priced in both Australia and the Netherlands. The Groningen gas project in the Netherlands has had severe environmental issues related to the gas extraction-induced earthquakes. The Dutch made a decisive political decision to close their Groningen gas field by 2030. The Netherlands are giving up the economic benefits of revenues from gas to tackle this unique environmental issue and to lower greenhouse gas emissions." We can see that energy justice is also about energy choices. Is a renewable or non-renewable resource better? Given energy is needed to create energy, what is the carbon footprint to produce your selected energy? Is gas, a fossil fuel, better than coal? How do we evaluate alternative forms of energy beyond simple economic imperatives? 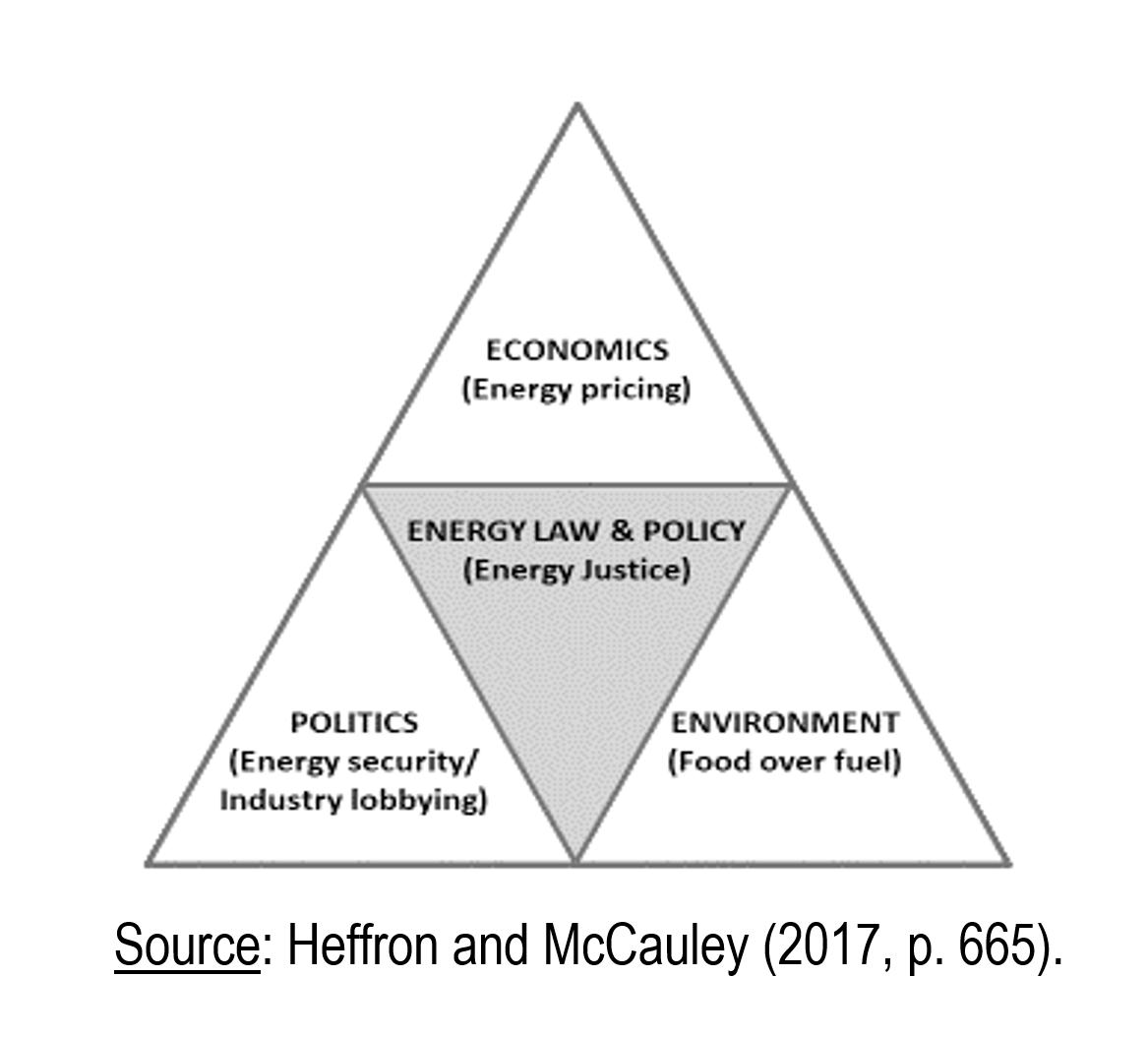 In regard to applying the energy justice framework to an Australian energy projects, Dr Kraal comments: "Energy Justice concerns energy law and policy. It is a tool to enable analysis, through a wider lens, of both renewable and non-renewable energy projects. For many resource projects, there is the need for policy to be converted into regulations or legislation. Economic concerns have always been dominant in the energy sector, with community lobbying of politicians and the environment issues left as secondary. But this has changed. For instance, many in Queensland were attracted by the promise of jobs and growth from the Adani coal project and then voted accordingly. Environmental lobbyists have other concerns, such as opposing ground water extraction and protection of indigenous birds. Mineral resources onshore and below the ground in the Australian jurisdictions are owned by the community. In the case of the Adani mine, it’s up to the Queensland state government to manage those resources on behalf of the community to ensure an equitable return…”

To make a type of energy happen, governmental support is essential whether local, state or federal government. Dr Kraal notes: "On the positive side, there are potential employment opportunities in Australia in the renewable space. Recently, the IRENA 2018 report on biofuels shows employment in this sector as second only to solar”. In Australia from 2007 to 2014 we experienced the golden age of biofuels research and activity. Dr Kraal comments: “It was when the price of oil was well over $100 a barrel and this prompted the quest to find alternative fuels. But by 2014, the oil price fell to almost $30 a barrel, which led to a dramatic drop in biofuels research and associated commercial activities. The government support faded away too. Along with Monash research colleagues, A/P Victoria Haritos and Dr Rowena Cantley-Smith, we are trying to stress to government that biofuels are a legitimate part of the energy mix. New technologies have been developed to create a range of products and many processes are now mature. One problem in Australia is the lack of feedstock to generate viable commercial quantities of biofuels. A different type of feedstock, called lignocellulosics could be a solution.”

We understand there are politics connected with any resource project, and within politics there are a variety of competing aims. There is also competing sustainability aims in moving to a low carbon economy. In terms of politics, we need to be able to persuade our politicians to progress policy into legislation.”

Dr Kraal was a member of the Monash delegation to the 2018 UN Climate Conference COP24, held in Poland. She was Co-Head of the delegation in the 2019 COP25, Madrid.