Shalini always had a passion for STEM. She completed various research projects during her studies, including polymer and pharmaceutical chemistry, drug delivery applications, and toxicological and food analysis studies on wastewater. Her passion for green energy fuels emerged during her honour’s year at Monash Malaysia, where she worked on a microalgae project. Since then, she works in biofuel production. “My parents wanted me to become a doctor, but I was more interested in energy research with a focus on renewable fuels.”

She contacted the Sankar P Bhattacharya's Lab with a research proposal and started in March 2017 in the Department of Chemical Engineering at Monash University, Australia, with Dr. Priya Samudrala and Prof Sankar Bhattacharya. Instead of working directly on biofuel production, Shalini worked on the sustainable valorisation of biodiesel-waste glycerol, one of the arising problems in the green fuel field. With her research, she feels she is working on “something that will benefit the energy industry itself, as it’s about solving current problems linked to waste management.” 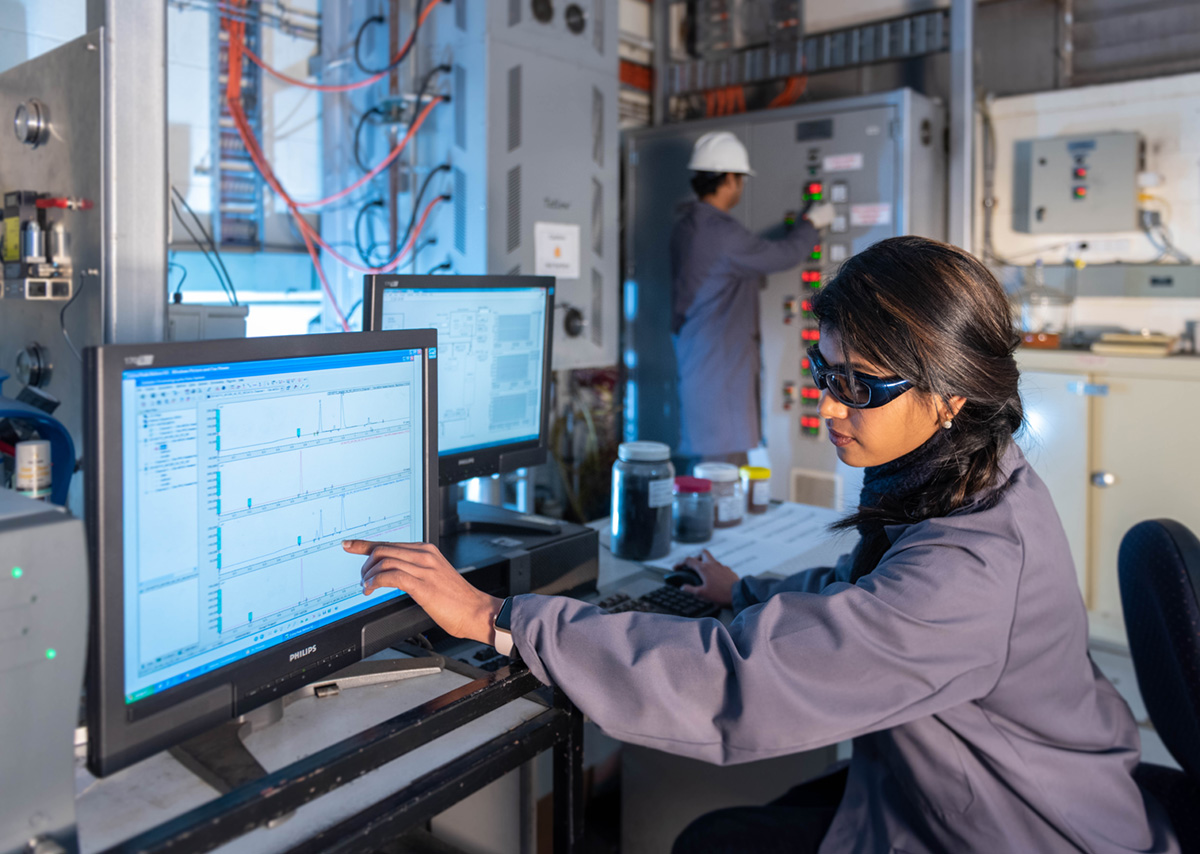 Her review “the production of ethylene glycol (EG) from biodiesel waste” covers some meaningful insights on how to produce chemicals sustainably from renewable resources. “We have produced methanol, a gasoline additive through a sustainable glycerol hydrogenolysis process. I am also doing research on the production of ethylene glycol (EG) via sustainable electrochemical conversion of glycerol. EG is a commodity chemical typically used for antifreeze applications, particularly as a major constituent of engine coolant. My research proves that these two products can be derived from biodiesel waste using a sustainable reaction process. I came up with a vapour phase hydrogenolysis system, different from the liquid phase pressurised system, that can produce methanol at low temperatures (as low as 240°C) and ambient pressure. If you look back at the traditional way of producing methanol, it’s a very energy-intensive process, with high temperature and pressure requirements. So, here we are introducing an energy-efficient process that will benefit the biodiesel industry”. To gain knowledge and training about the sustainable production of chemicals using the electro-catalysis route, Shalini took the initiative to spend six months at Yale University Centre for Green Chemistry and Green Engineering in the U.S. “It’s a bit different from what I’m doing. But the idea is that I can develop a sustainable process following this path”. In the 2018 ICGEA international conference on green energy and applications, Shalini won the best student paper award in the renewable energy cluster. In June 2019, she won the First Runner Up award at the prestigious Clearwater Clean Energy Conference, Florida, for her presentation of the biofuels work. She also participated in the inaugural Monash Energy Conference and submitted a poster. She notes that all these achievements “wouldn't be possible without my supervisors' endless support and guidance”.

In 2020, Shalini would like to see more collaboration between Malaysia and Australia and her research findings being implemented. She mentions that “we are about 20 years past the timeline of using renewable resources and biodiesel has been growing very well. The US Department of Energy (DoE) has estimated at least 20 billion litters of biodiesel production worldwide by 2020. The idea is to go away from energy-demanding systems, find something more efficient, reduce the waste of energy, and go towards sustainable energy production”.