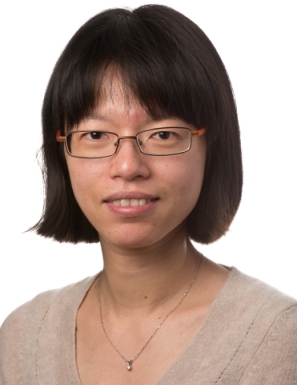 Imagine watching, fully conscious, as your doctor inserts a syringe deep into your eyeball. It’s a painful ordeal experienced regularly by the many millions of people worldwide who are battling serious ocular diseases like neovascular glaucoma and macular degeneration. The worst part - aside from  the  discomfort,  side effects and risk of infection - is that the drugs being injected have limited hope of penetrating the complex, multi-layered structure of the eye to hit their cellular target in the retina.

Dr Hsin-Hui Shen, a Taiwanese-born biochemist with a special interest in ocular disease, recently joined Monash University’s Faculty of Engineering, in the Department of Materials Science and Engineering. Previously based in the Faculty of Medicine, Nursing and Health Sciences at Monash, Dr Shen  has  an  innovative nanotechnology-based drug delivery system in development. She hopes that by the end of her four-year Career Development Fellowship from the National Health and Medical Research Council her research will put an end to this painful injecting procedure and cure one of the world’s  major  threats  to ageing eyes.

“Glaucoma is one of the most common age-related retinal neuro-degenerative diseases,” Dr Shen says. “More than 80 million people all over the world have it, and seven million individuals are blinded by this disease.”

Conventional treatments are simply unable to stem the tide of new cases each year. While researchers have developed drugs shown to cure glaucoma, they don’t currently have an effective way to administer them: using implanted silicone tubes and mini-osmotic pumps can lead to infections and other  problems.  Eye  drops  are  less  traumatic for patients than other methods but they, too, come with side effects, and run off the surface of the eye before they can penetrate deep within it. “The retina is in almost the bottom layer of the eye,” Dr Shen says. “So when we have  the drug in the eye  drops,  more  than 95 percent of the eye drop will be leaking.”

To counter this problem, Dr Shen has created a nanoparticle capable of reaching the lower levels of the eye, where glaucoma starts to kill cells. Markers on the particle “will detect the glaucomatous damage and at the same time release the drug”, she says. Dr Shen’s interest in the  transformative  power  of chemistry extends back to childhood. “All sorts of changes in chemical phenomena … appealed to me when I was very young,” she recalls. She did undergraduate and Masters degrees in chemistry in Taiwan before undertaking  a  PhD  in  physical  chemistry  at  Oxford, which opened her up to new ways of learning, a more innovative, independent approach to research, and fresh fields of exploration including biology. In 2008, she moved to Melbourne to work for CSIRO and joined the team at Monash several years later.

Dr Shen concedes the medical research community in Australia is still male dominated, but says this hasn’t impeded her progress. Working as part of multidisciplinary teams “we work quite well in this field because we need each other’s expertise,” she says.

The quality Hsin-Hui regards as most important for anyone keen to carve out a career in material science is creativity. “This area is really unknown,” she says. “You need to have some creative idea - or crazy idea - to really try a new project.”