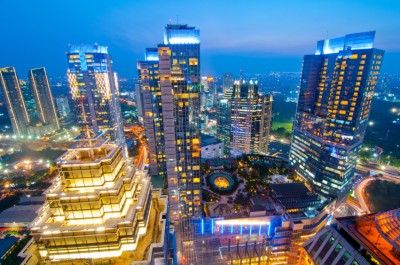 The agreement will see Monash IRT offer technical assistance and professional advice in railway engineering, they will also provide access to professional capacity building, including training and skills development and will work on the joint development of technical standards and quality assurance for future MRT operations.

Victorian Minister for Training and Skills Steve Herbert today oversaw the signing of a Memorandum of Understanding. Under the agreement, IRT and MRT will work collaboratively on Indonesian infrastructure projects including providing advice on the 14.5km mass rapid transit system under construction in Jakarta.

Mr Herbert said it was a great example of Victorian expertise and innovation playing a key role in what is one of the most significant infrastructure projects in our region.

"Victoria has some of the world's best universities and I congratulate Monash for striking such an important MoU with Mass Rapid Transport Jakarta," Mr Herbert said.

The Institute of Railway Technology (IRT) at Monash University is the premier track and vehicle railway research centre in Australia, and enjoys an international reputation for excellence in railway research. IRT is one of the main technology service providers to heavy haul railway operations and leading mass transit railway systems, and provides a "one-stop" technology access point for the international railway industry.