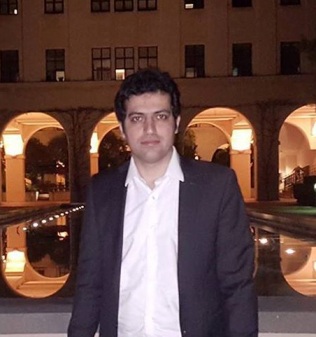 Imagine a tablet that could reduce the side effects of cancer treatment by releasing a dose of medication at a particular organ or tissue.

Shahrouz Taranejoo, a PhD student in chemical engineering at Monash University, is making this a reality by designing systems that help to target drugs or genes to specific areas and control their release.

His ‘smart polymeric system’ uses several layers of nanoparticles to coat a drug particle, with the sacrificial coatings degrading at different locations as they pass through the digestive system.

Shahrouz says that an exciting application of this technology is in manufacturing future chemotherapy drugs.

“One of the reasons traditional chemotherapy drugs cause such severe side effects is that they attack cells around the body, not the specific areas that contain the cancer,” he said.

The tablets Shahrouz has developed can be swallowed by a patient to target cancer cells in a specific location, such as the colon.

“The first layer of the tablet degrades in the acidic environment of the stomach, before passing through the small intestine, where the second layer decays in the more basic, or alkaline, pH of around 7,” he said.

Finally, the tablet arrives at the large intestine, where the final layer dissolves in a pH of around 6, exposing the medication to combat cancer drugs in that area of the body.

Shahrouz has also investigated gold-coated tablets that release medication when an ultrasound or infrared signal is externally applied by a doctor.

During his PhD at Monash, he spent one year at the pioneering Harvard-MIT Tissue Engineering Lab in the United States.

There he worked on a number of projects, including designing skin patches containing several micro needles that allow painless injection of medication, as well as 3D printing of surgical sutures.

He says that the experience provided fresh ideas and inspiration that added to the guidance and technical advice instilled by his Monash PhD supervisor, Professor Kerry Hourigan.

After studying chemical and polymer engineering in his home country of Iran, Shahrouz was offered PhD scholarships to several research institutions across the world.

He chose Monash not only because of its reputation in his areas of research interest but also because of Melbourne’s outstanding liveability.

“Monash is located in one of the best cities in the world, and Monash University is very well recognised in the field of pharmacy as well as chemical engineering,” he said.

With his PhD almost completed, Mr Taranejoo is now considering his next career move and is interested in working with stem cells as a method for drug delivery, as well as continuing his work on nanoparticle-clad medications.