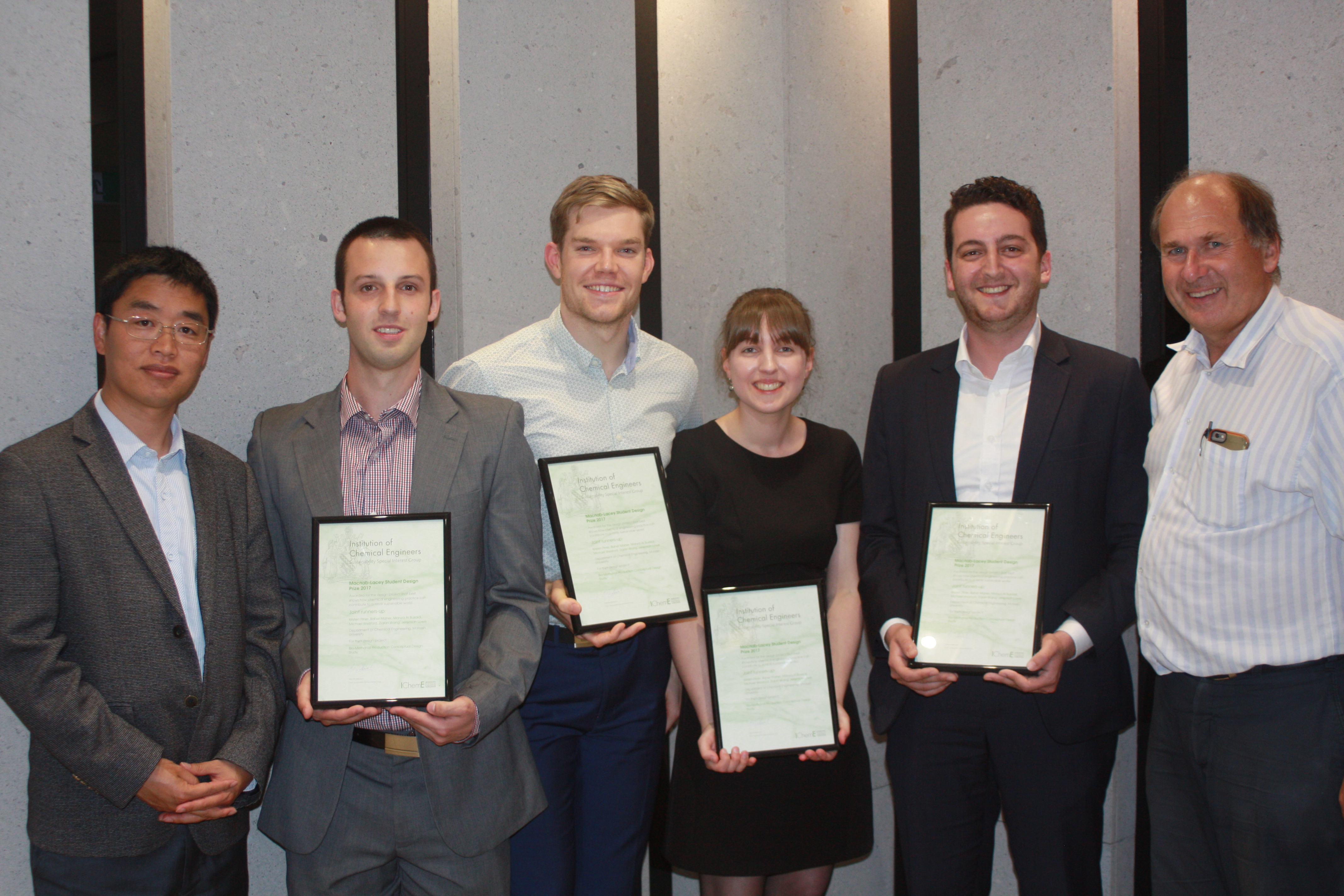 Speaking with the Thai Methanol Company (TMC) project team lead Kirsten Piner (BEng(Chem)), it was their commitment to continually make processes more sustainable and less environmentally damaging that propelled the initiative and determination of herself and her team members Baher Maher, Marwa Al Busaidi, Michael Welsford, Ziqian Wang and Jeremiah Lowe. It is something that every engineer and manufacturer should be striving for, she states. The objective of the Macnab-Lacey competition is to encourage students to think of sustainable development as a key element of their design projects, something clearly demonstrated by Kirsten and the team.

The project considered the integration of a Mega-Methanol plant (1.4 Mtpa) and an Ethylene plant in Rayong, Thailand, for the production of Methanol with reduced carbon footprint. Why? Kirsten shares that as countries become increasingly decarbonised, global markets will start to transition away from fossil fuels towards more carbon-light fuels.

Team TMC investigated the feasibility of pairing a world scale methanol production plant with an existing process to utilise its Carbon Dioxide (CO2) and Cracked Lights (H2, CH4) waste streams as feedstock. The resulting “bio-methanol” product would have a lower carbon footprint compared to methanol produced via conventional methods, which utilise Natural Gas (NG) as the primary feedstock, and thereby presents a more sustainable option for future methanol production.

The Macnab-Lacey Prize, and those like team TMC who are given a highly commended status, is awarded to undergraduate student design project teams whose submission best shows how chemical engineering practice can contribute to a more sustainable world. I am immeasurably proud because it reflects the extraordinary dedication and effort made by my team over what was, truly, an intense 14 weeks. It is also validation of the approach we took when designing our solution: we made it a priority to consider at all stages factors such as the safety of plant personnel and the local community, improving efficiency and reliability of operation, reducing waste and minimising environmental impact, Kirsten shares.

Working in a multicultural team, Kirsten noted that everyone brings their own experiences and unique world view to the table. This ultimately allowed us to ask questions and consider different aspects of the problem compared to if we were acting on our own. I have learnt that when people are able to actively and meaningfully contribute to discussion, and feel that their concerns are being taken seriously, they have a sense of ownership over the task and, as a result, you end up with a better outcome.

A lesson for all of us!