Research with social impact - improving the sustainability of industry, communities and the environment in the Latrobe Valley 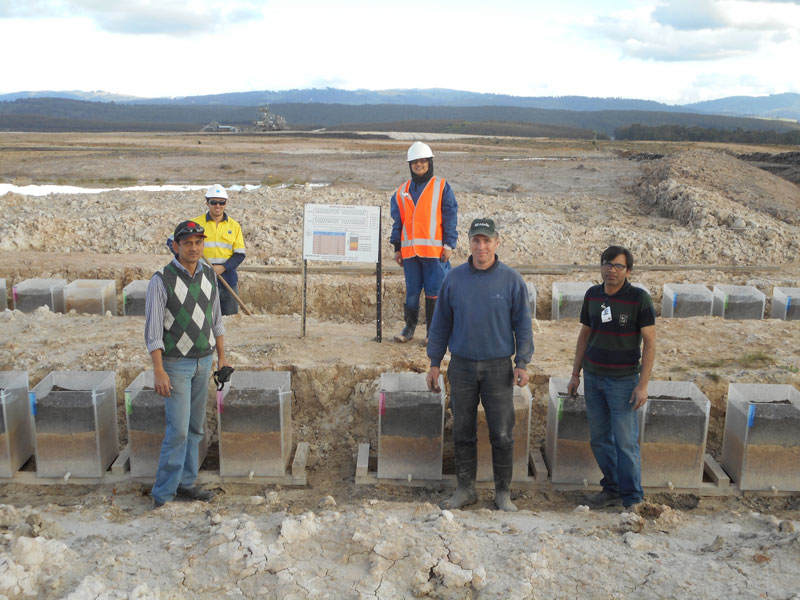 Communities in the Latrobe Valley have been undergoing significant social, economic and environmental change in the past ten years. The region once synonymous as the ‘Powerhouse of Victoria’ through the post-war boom is now transitioning away from coal fired power generation, in need of sustainable new employment opportunities and social and environmental rehabilitation. Led by Associate Professor Mohan Yellishetty, the Engineering team at the Department of Civil Engineering is working alongside the Latrobe Valley community throughout this transition.

The Latrobe Valley has had its share of problems in recent times, from the Black Saturday bushfires in 2009 to the collapse of a wall in a disused Yallourn coal mine tunnel during the 2007/2008 drought. In 2011 heavy rain caused subsidence and damage to batters at the Hazelwood mine leaving the Princes Highway around Morwell closed for seven months.  Hazelwood, now closed and undertaking decommissioning, was also the site of fires in 2014 which carried on for 45 days. Fires came within 200 metres of the power station requiring an enormous emergency effort and the burning also affected air quality to townships in the region. The Victorian government held an Inquiry into the Hazelwood Mine Fire which concluded in 2016. The Inquiry instigate the development of a regional rehabilitation strategy and the appointment of a Mine Rehabilitation Commissioner. Associate Professor Yellishetty and other staff of our Department have research and education roles to help inform and implement the rehabilitation strategy. 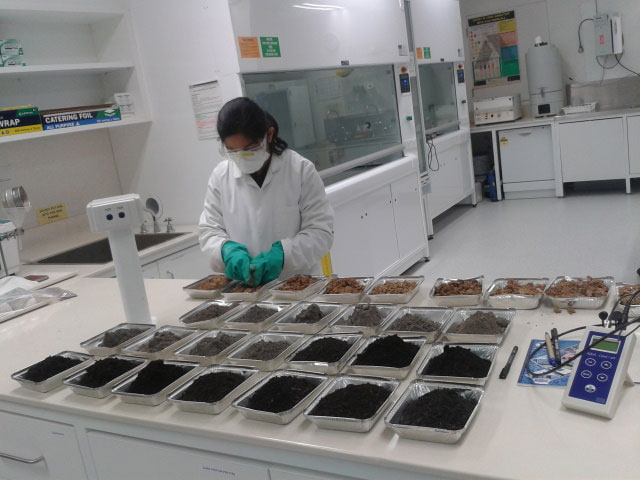 After more than two decades of research, Associate Professor Yellishetty has developed a truly interdisciplinary and anthropological approach to researching and developing innovative methodologies for mine rehabilitation. He places emphasis on building collegiality between the environment and the communities connected to mining industries, particularly in the Latrobe Valley where he has been teaching and undertaking significant fieldwork. Rehabilitation, in his view, must aim for systems-level energy transition and encompass geotechnical, hydrological, environmental, social and aesthetic aspects of the transition. His team’s work on rehabilitation also encompasses finding alternative employment opportunities for the region as mining activities slow and transition. Associate Professor Yellishetty’s work in the Latrobe Valley demonstrates the breadth and substance engineering professions can impart on society.

This research is specifically impacting industries and, indirectly, communities across the Latrobe Valley. Firstly, through innovating smart-monitoring for detecting and developing early warning systems of any instability issues in the vicinity of mines, and secondly, through development of unique artificial soils that will remediate acid mine drainage issues and work as a lining material to aid in batter stability. The Department of Civil Engineering is also the home of world-leading research in Geomechanical Engineering with specific specialisations in slope stability, geosynthetics, environmental geotronics, computational geomechanics and material monitoring and rock mechanics which also feed into our research on mine rehabilitation.

The artificial soil is constructed from waste resources drawn from local industries that on their own are becoming redundant. The soils are constructed from overburden waste from the open cut brown coal mines, rejected wood chip waste which is unsuitable for paper-making—and Victorian Environmental Protection Authority (EPA) has banned from being taken to landfill—and composted sewage sludge from the local water industry. The combination of the bulk acidic mine waste with the alkaline waste products from nearby industries is proving a winning formula and will help retain and create employment within the region. It is being applied in combination with high-tech smart monitoring systems to the interior lining of batters to prevent instability events such as those which have caused so many problems in the past. This work demonstrates a classic case of industrial symbiosis for the Latrobe Valley region.

The artificial soils are also being configured to maximise the potential for plant growth. Field trials are presently being conducted at the AGL Loy Yang mine involving two postdoctoral researchers, two PhD students and one final year honours student. Early testing has demonstrated the pH of the new composite soil has increased the field capacity for plant growth, meaning it can be applied as a layer of topsoil over the large expanses of waste dumps in brown coal mines for reclamation purposes.

These findings are particularly timely as the Australian Senate carries out a major inquiry into the rehabilitation of mining and resources projects. A copy of the Monash Department of Civil Engineering’s submission to this inquiry can be read online. And thanks to the years of research and commitment from Associate Professor Yellishetty and other researchers at Monash, it is assured that the most innovative and ground-breaking solutions are feeding into the rehabilitation transition underway by Australian governments, industries and communities, with wider societal potential.

To keep up to date with the Monash Department of Civil Engineering news and events, follow us on Twitter and LinkedIn.