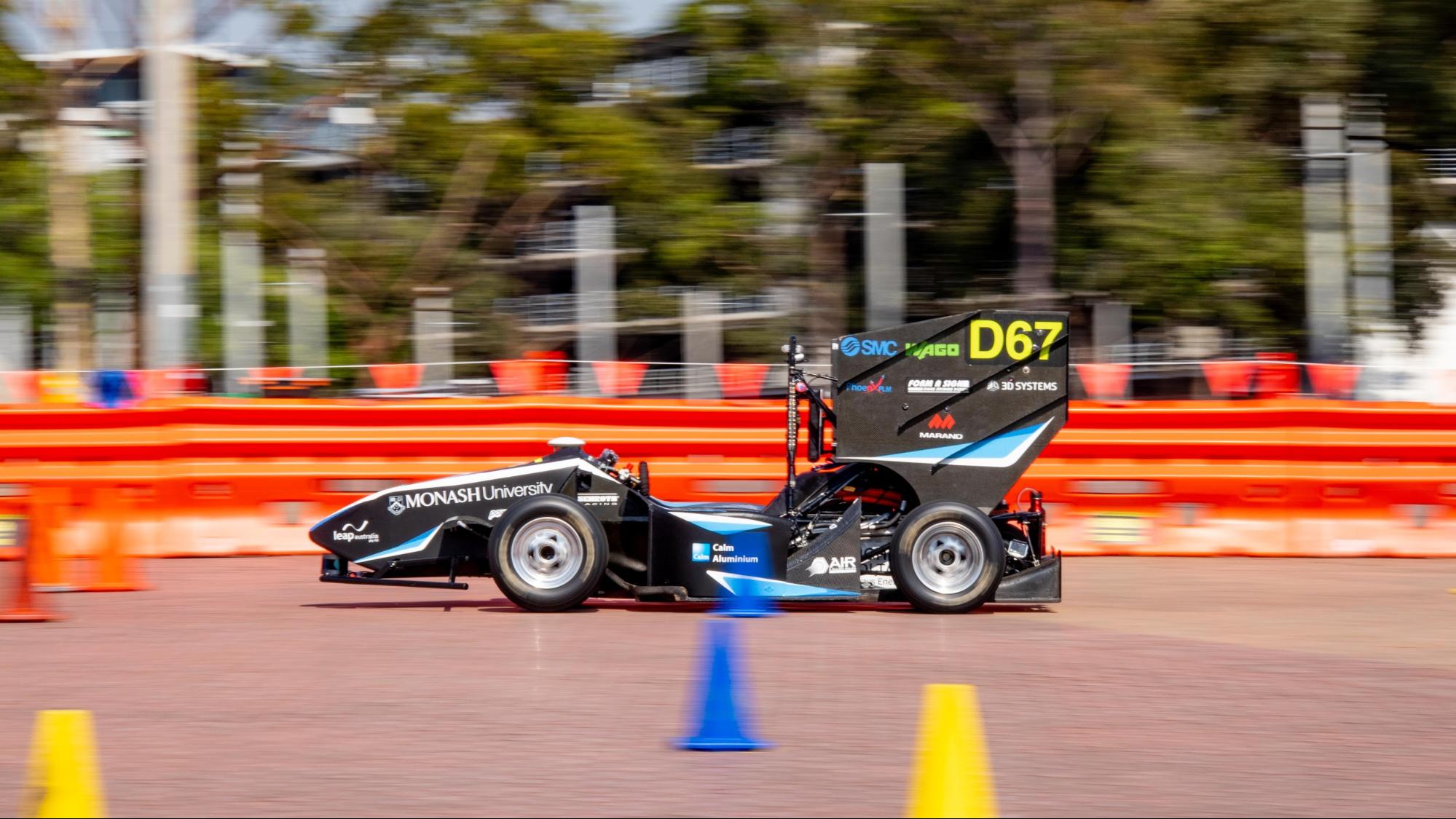 Monash Motorsport were recently invited to showcase their new driverless race car, the M19-D, at the 4th International Driverless Vehicle Summit (IDVS4) it ANZ Stadium in Sydney - the biggest autonomous vehicle exhibition and trade show of its kind ever seen in Australia.

The team were specifically invited by the summit host, the Australia & New Zealand Driverless Vehicle Initiative (ADVI), who are the peak industry body accelerating the safe and successful introduction of driverless vehicles onto Australia and New Zealand’s roads.

The summit brought together a global community of driverless vehicle experts and enthusiasts under the theme of ‘Forge The Future’, and explored the latest possibilities and challenges of transitioning from initial testing of autonomous mobility, to widespread commercialisation of this exciting new technology. 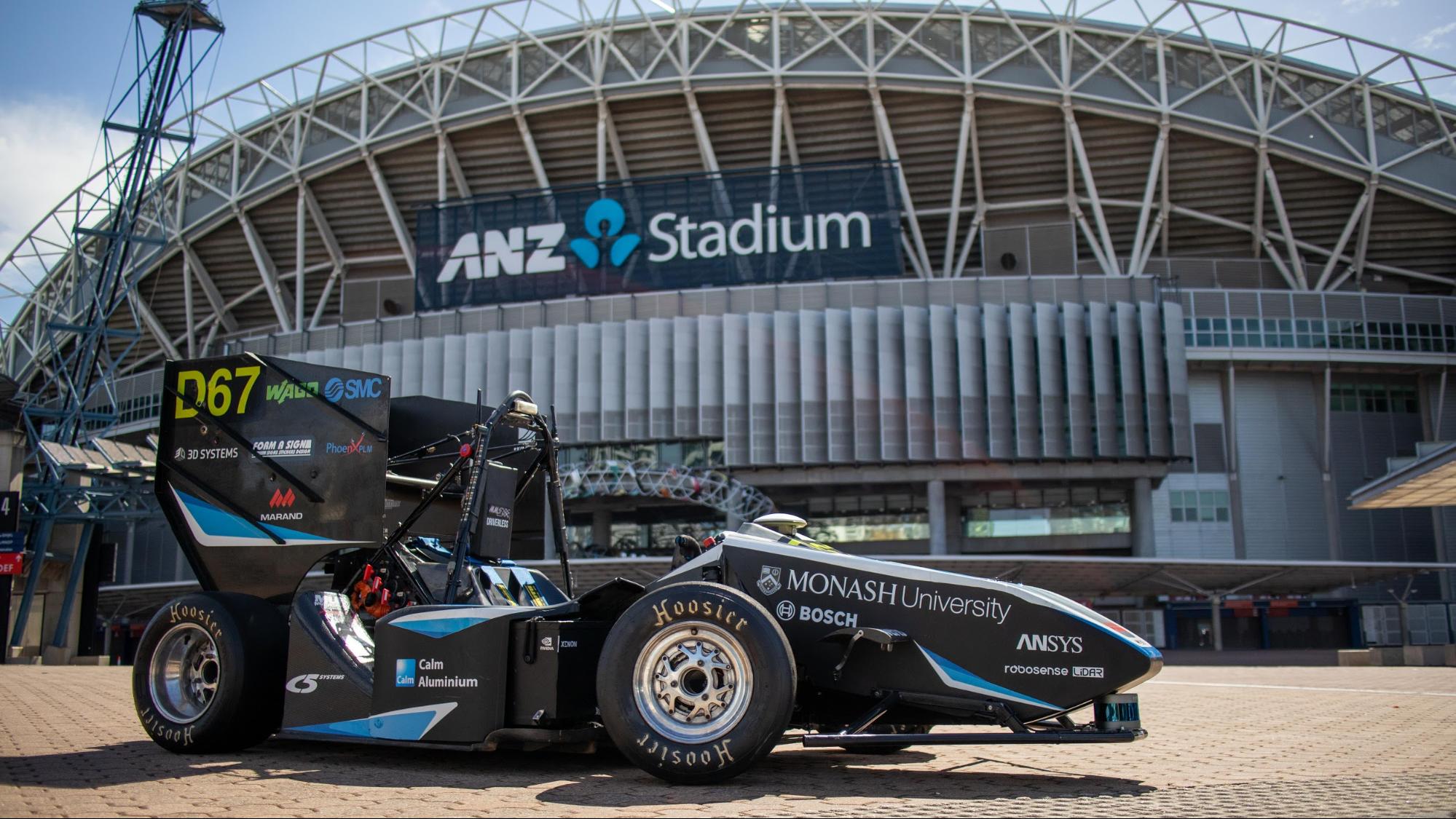 Monash Motorsport took over the stadium forecourt to conduct live demonstrations of the M19-D, where it autonomously navigating a racetrack in real time up to 40km per hour. Inside, the team talked to industry leaders, government, and other universities about the race car’s operations, applications and future technological development.

Monash Motorsport Chief Driverless Engineer Aryaman Pandav, along with members from the Autonomous Section of the team, gave a presentation on the M19-D, and also highlighted how their participation in a Monash student team, as well as competing in the International Formula Student competition, helps with employability skills, industry engagement and realising the future of autonomous mobility. 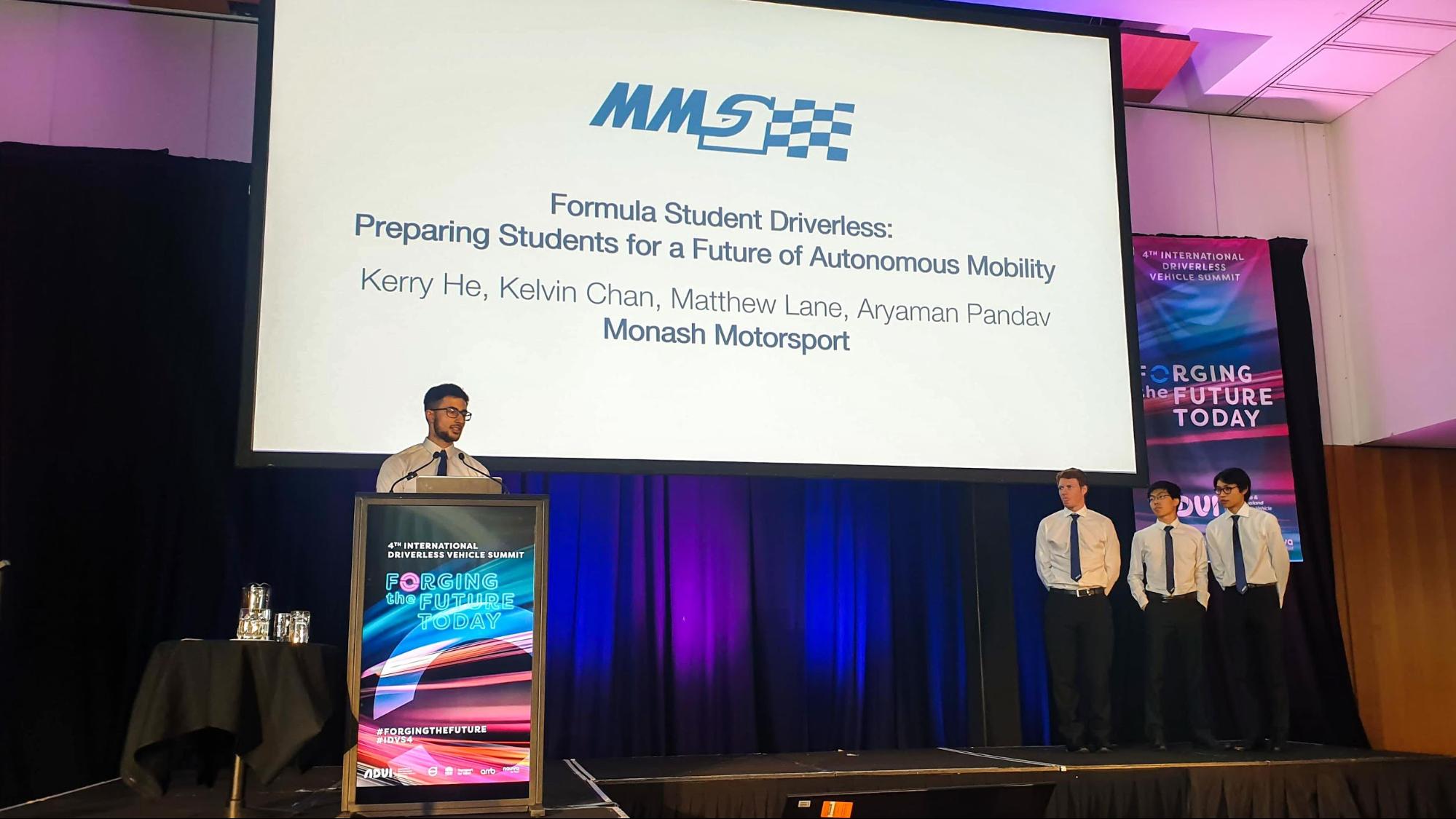 The team featured on Channel 7’s Sydney news bulletin, and even the Deputy Prime Minister, the Honorable Michael MacCormack, came to check out the race car demo. 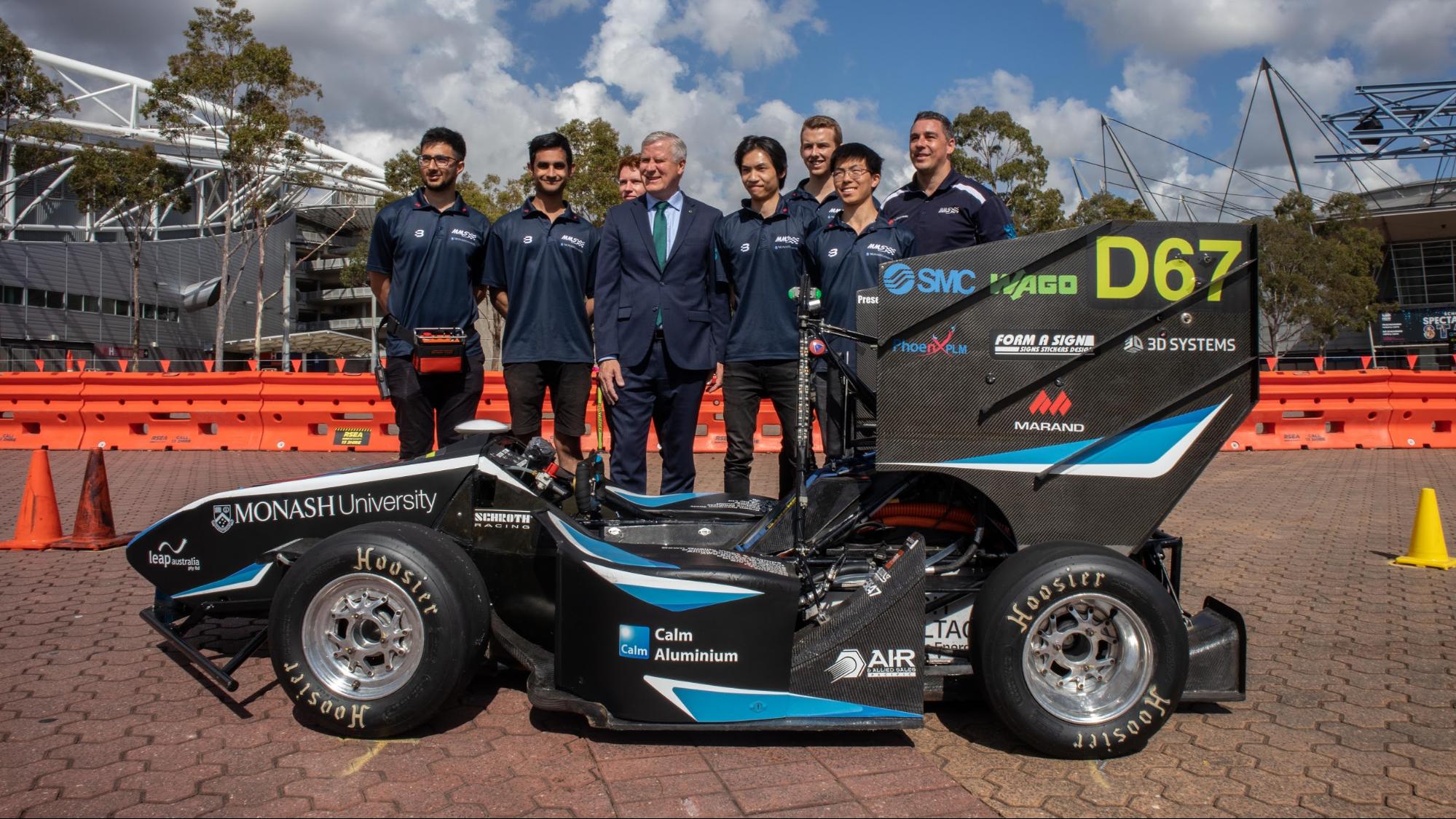 Team CEO, Paras Bhutiani said, “IDVS4 was a fantastic opportunity to showcase how Monash University is leading the way in autonomous mobility research and development. The event was headlined by some of the world's leading companies, and we were very thankful to have been a part of it.”