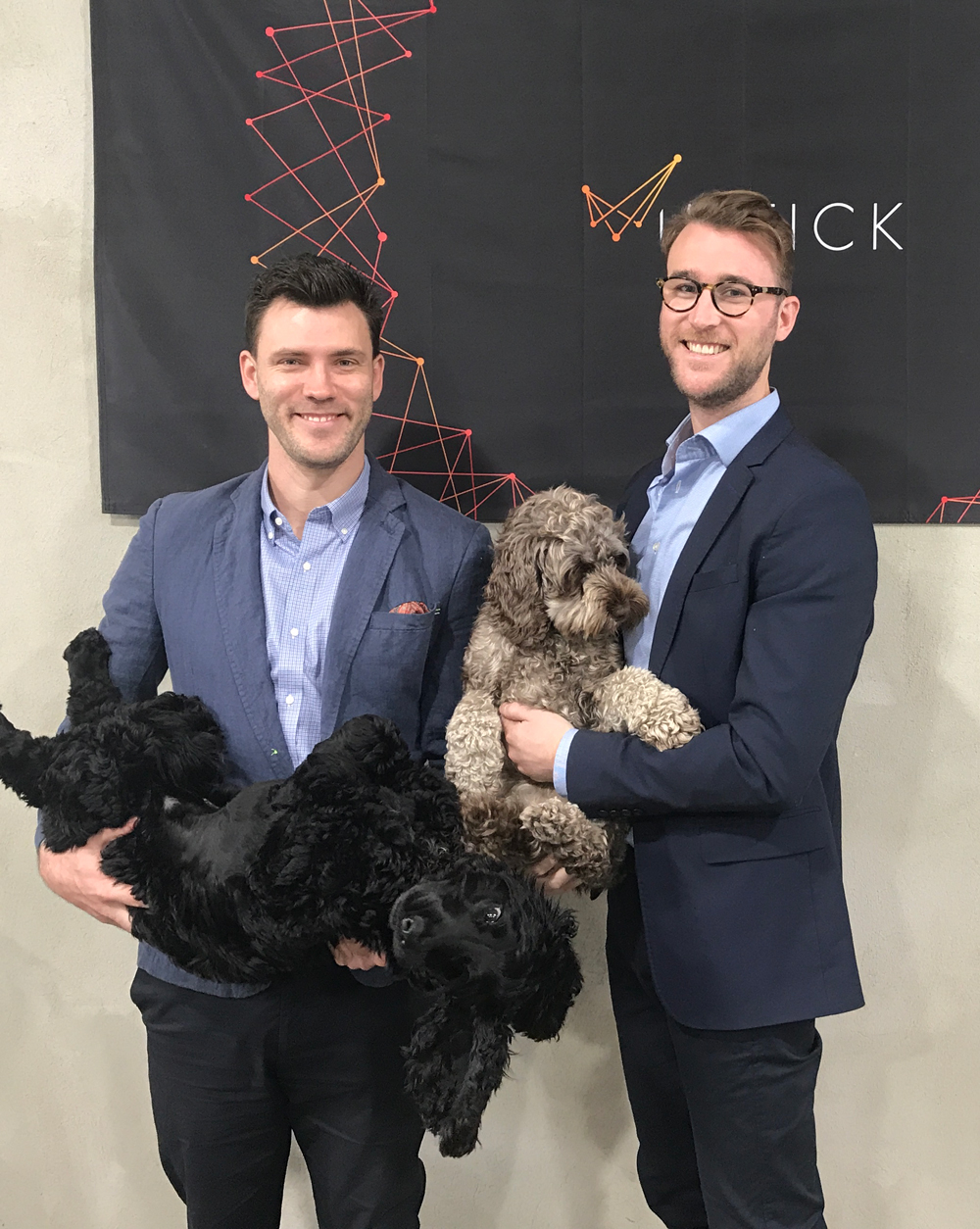 Aidan and Sean in their newly fitted out dog friendly office

The 10 years since Aidan and Sean graduated has been anything but standard.

Alumni Aidan Lister (BEng (Mechatronic) 2007) and Sean O’Connor (BEng (Aerospace)2007 transformed their university friendship into a successful business ($1.5 million annual revenue, 120% year on year growth, 25 employees including 6 monash graduates) that develops a suite of cloud solutions for organisations that own or service and maintain buildings.

Entrepreneurial, driven and always thinking about what’s next, Aidan and Sean’s friendship started in second year over a mutual love of the snow. Whilst the early part of their careers could be described as a choose your own adventure story, they remained friends and reconnected in 2013 where they came up with the idea of  Uptick (formally aBAS) - a unique product that is one of the first disruptors in the building compliance industry. Aidan shares “Sean and I are aiming to revolutionise the way people maintain, and eventually interact, with buildings by the clever use of data. As of today, over 80,000 buildings in Australia and New Zealand are maintained by contractors using the Uptick platform - and it’s continually growing”. The building compliance and trade contracting industries contribute in excess of $20 billion to the Australian economy. The suite of Uptick cloud solutions is changing the way organisations in this industry operate.  Aidan explains “we found a niche. Uptick is changing the way buildings and assets are maintained, serviced, audited and reported”.

Whilst both admit to not using their engineering degree in the traditional sense, they share that neither would change this choice for anything. “All our friends are still the friends we made during university, and learning how to think like an engineer is absolutely why we have both managed to reach our modicum of success so far.” Both encourage current students to take control of their futures. “Get involved - make the most of your time at uni, learn to program, join a startup. Whatever it is, jump in!”

Aidan shares that his career started off like many new graduates - not knowing exactly what he wanted to do, and not knowing where to start. “I took the easy option and bought a one way flight to London, thinking I was going to travel the world for a year and then be in a better position to know what I should do next.” This all changed when the money ran out. Aidan began what would be an exciting six years travelling the world working on a range of consulting engagements. In parallel, Sean spent these early years of his career working at BAE before packing his bags for a European adventure. Both keen to put their entrepreneurial spirit to use, Sean taught himself how to build iOS apps and Aidan threw himself into a number of startups. “Some were trivial and didn’t make it to MVP, some got of the ground only to burn out six months later but two really stand out. A fintech startup that had several rounds of acquisition talks with Goldman Sachs before blowing up spectacularly, and Kigu.me which ran for two years and sold $3.1mill worth of onesies and received a significant media attention”.

Their luck changed with the launch of Uptick. In it’s three years of operation, the data and workflow management platform is helping its customers to become vastly more efficient and more compliant with important industry standards. Uptick’s technology has been embraced by the industry’s early adopters and it is this rapid growth that will continue to attract it acclaim and attention within the building maintenance, building management and building compliance industries.

We can’t wait to see what Uptick, Aidan and Sean do next!