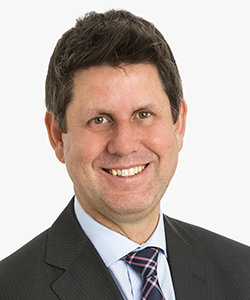 Stephen Durkin is Chief Executive of the Australasian Institute of Mining and Metallurgy (the AusIMM). Since being appointed as CEO in May 2017, the AusIMM has embarked on a major reform to be a more contemporary, inclusive and externally focused organisation. We are building a stronger external brand to better represent all professionals working across all parts of the mining industry. Our flagship strategy is to be the 'Trusted Voice' of Resources Professionals.

Stephen has extensive experience in association management and business leadership, as both an Executive and Director. He has an MBA as well as an Honours degree in Civil Engineering from Monash University.

Stephen initially worked as a structural engineer in Australia, Canada and Asia, and was Victorian Young Engineer of the Year in 1993. Stephen has been named on several occasions as one of Australia's 100 most influential engineers and was Monash University Civil Engineering Alumnus of the Year in 2014. He has been on the Prime Minister’s Taskforce on Industry 4.0 and is a Victorian Government Club Melbourne Ambassador.

Before joining the AusIMM, Stephen was CEO of Engineers Australia for five years, leading the 100,000 member association through a widely-applauded transformation which saw the introduction of a new National Engineering Register and a ten-fold increase in EA's media profile. Prior to a career in professional associations, Stephen spent 15 years at National Australia Bank in a number of executive roles including NSW State Manager, Retail Banking.

This broad background covering leadership, marketing, corporate strategy as well as government, media and community relations has shaped Stephen’s view that associations could and should play a more vital role in the Australian corporate landscape. The AusIMM is committed to playing a stronger leadership role to raise the profile of the critical work of resources professionals to shape a better future for the Australian resources sector and ensure our reputation as a world-class mining nation. 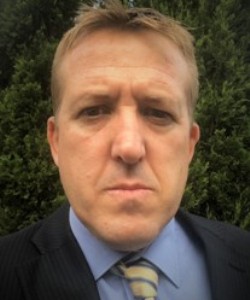 Sharif Burra has over 20 years of mining experience in gold, open cut and underground coal mines. He has a strong technical, operations and business background.

Since 2013 he has been a General Manager at Yancoal Australia in roles covering a variety of responsibilities related to safety, business improvement, technical studies, procurement, major contracts, financial and group wide budgetary processes.

Prior to this, Sharif headed an independent specialist mining investment and financial services team, highly regarded within corporate and mining industries. This involved leading due diligence assessments on global mining assets, undertaking Independent Technical Reports, asset valuation and Independent Peer Review of mining projects for board investment approval as well as mining project studies management and financial evaluation and assessment.

From 2005 to 2008, he was a Mine Manager and Manager of Mining Engineering at the Austar Coal Mine operation within Yancoal Australia. Sharif also has experience with other leading mining companies including Thiess and BHP.

He is currently the co-chair of Underground Committee of Australian Coal Association Research Program (ACARP). Chris commenced his career as a civil and structural consulting engineer with Ove Arup in London. He is a specialist in turnkey (EPC) contracting and operational delivery and has held numerous professional, executive, operations and engineering positions internationally over the last 29 years, including with Hutchinson Telecoms, Bovis Lend Lease Consulting, Leightons and Connell Wagner.

Jemena owns and operates a diverse portfolio of gas and electricity generation and transportation assets across northern Australia and Australia's east coast. With more than $11 billion worth of major utility infrastructure, Jemena supplies millions of households and businesses with essential services every day. Jemena has more than a century’s experience and expertise in the utilities sector. Jemena is backed by the strong resources of it's shareholders, State Grid Corporation of China and Singapore Power. 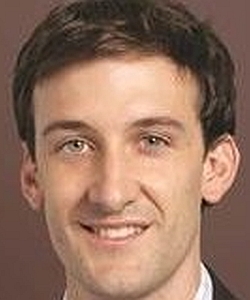 Martin Kennedy is a heads of GE’s regional hydropower team, which sits within its Renewable Energy division. GE Hydro boasts an installed hydro base >4.5GW in Australia and is an active player at most existing hydro plants as well as supporting the development of new projects around the country. Prior to his current role, Martin served as the Strategy & Growth Leader for GE Australia, helping incubate and launch new GE businesses and products into the Australian market. Martin joined GE in 2014 as part of its Experienced Commercial Leadership Program, a rotational leadership program that included placements in GE’s Mining, Distributed Power, Lighting and Intelligent Cities divisions as well as regular attendance at conferences and training events around the world.

Prior to joining GE, Martin worked in the strategy team for Origin Energy, leading projects on retail customer retention, rooftop solar PV and long term strategy planning. Martin began his career as a management consultant at LEK Consulting, working across Australia, NZ, UK and France in industries ranging from media to infrastructure to aviation.

Martin holds a BA/BComm (Honours) from Melbourne University and an MBA (Dean’s List) from INSEAD. 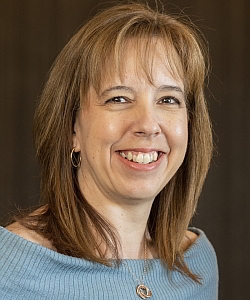 Amy has over 20 years’ experience within the mineral resource industry with a specialisation in technical development, production management, strategy development and project management across multiple commodities and disciplines.

Amy has extensive experience developing and implementing production management systems to ensure delivery of business unit production targets across the value chain. She has also worked closely with a variety of technical, production and marketing specialists to produce a global processing methodology that focussed on the delivery of cash flow through identifying, prioritising and implementing sustained process improvement. 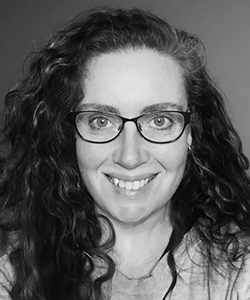 Sue is a highly experienced process engineering professional who has held senior technical and operational roles within the manufacturing, biotechnology and mining sectors. With 25 years’ experience in the resource industry, she is currently a member of the senior management team at Fosterville Gold Mine. With a specific interest in biomining and bioremediation, Sue provides leadership to a team that is recognised globally as being industry leaders in the operation of bacterial oxidation plants, and the development of a number of innovative technologies specific to the recovery of colloidal gold from bioleached wash liquors and heavy metal removal from process waters.

As an advocate for operational excellence, Sue is passionate about creative thinking, and promoting the experiences of students in STEM through vacational and graduate employment programmes.

She is a previous award finalist for Businesswoman of the Year in Non-Traditional Areas of Work (Swinburne University) and holds a Bachelor degree in Materials and Manufacturing Engineering (University of Queensland), and Graduate Diplomas in Metallurgy and Project Management. 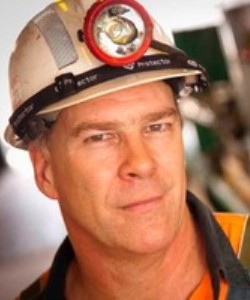 He is a registered professional mining and mining geotechnical engineer in Canada and Queensland. Payne also spent two years as the global facilitator for the fatal risk of underground ground control for BHP, traveling and auditing underground coal and hard rock mines in South Africa, USA, Canada and Australia.

Dan was the inaugural chair of the Bowen Basin Underground Geotechnical Society (BBUGS), has been on the council since 2009 and is the current treasurer.

He has been the chairman of Strata Control Taskgroup of ACARP (Australian Coal Association Research Program), is on the open cut and underground committees and has been a industry monitor of numerous critical ACARP projects that advanced the geotechnical engineering knowledge in Australia. 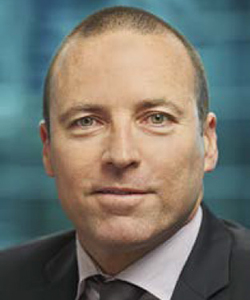 Michael has 25 years of project and business management experience principally in the oil and gas industry, across a range of sub-sectors including offshore, LNG, gas processing, refineries and petrochemical plants. He has broad international experience having worked in businesses and delivered projects across Australia, Asia, USA and the Middle East.

Michael joined Woodside in mid-2014 as Project Director for the Browse FLNG Development, and in his current role is accountable for delivery of all Woodside projects, reporting to the Executive Vice President Development.

Michael holds a Bachelor of Engineering (Civil) from Monash University (1994). 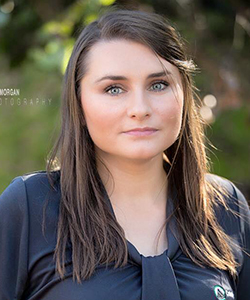 Patrycja Sheffield has over 11 years’ experience in mine planning and design, mine feasibility and scheduling as well as geotechnical aspects of underground coal mines.

Patrycja works for Centennial Coal as a Group manager Mine Planning. In 2007 she obtained Master of Science at University of Science and Technology in Cracow in Mining Engineering and Geology. She worked for 4.5 years in UK deep coal mining and then in 2012 migrated to Australia.

From 2012 to 2017 she worked at Springvale Mine as a Senior Mining Engineer (Geotechnical Engineer) and Technical Services Manager. In 2015 she completed Master of Science at Birmingham University as well as Master of Science in Mine Geomechanics at UNSW. In 2017 she completed Diploma of Mine Ventilation as well as Diploma of Work Health and Safety. She is an active member of underground strata and coal burst task-groups of Australian Coal Associations Research Program (ACARP) and has been the monitor of a number of ACARP projects related to these task groups. 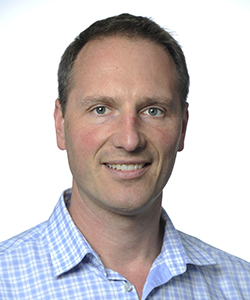 Julian Turecek has over 25 years’ experience in the energy industry, having worked in trading, marketing, regulatory, finance and management roles across BHP Petroleum, Origin Energy, Cleantech Ventures, Loy Yang Power and now EnergyAustralia. In his current role as Head of Assets, Julian looks after the 1,600MW gas-fired generation fleet and expansion opportunities.

In his spare time, Julian attends to the 100 acre family farm in Gippsland, does triathlon in the warmer months and enjoys the privileges of his Private Pilots Licence.