1. Aircraft for remote sensing experiments, showing a wingtip installation in the left inset, and the cockpit with cockpit computer display in the right inset. 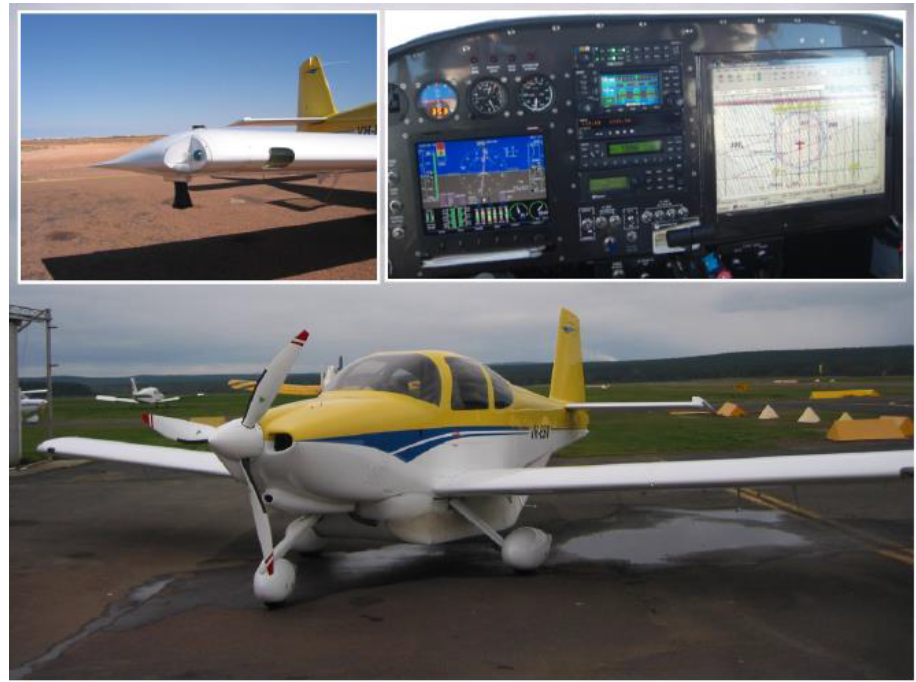 This passive microwave radiometer at P-band provides brightness temperature in vertical and horizontal polarization, and is expected to provide accurate soil moisture information over a deeper layer of soil (the top 15cm) that closely relates to crop and pasture growth. The following figure is the temporal variation of PLMR brightness temperature from Beam 1 with the incidence angle of 38.5˚, which were collected during an airborne field experiment conducted in January 2017 over the Cressy site in Tasmania.

This passive radiometer combines Ku-band (18.7GHz) and Ka-band (36.5GHz) radiometer measurements from the same antenna. It is expected to provide soil moisture at high resolution (better than 1km).

PLIS is an active microwave radar which can measure the surface backscatter at HH, HV, VH, and VV polarisations. PLIS can provide high resolution soil moisture but it is highly affected by vegetation and surface roughness. PLIS has been used to downscale PLMR observations to retrieve accurate and medium resolution soil moisture.