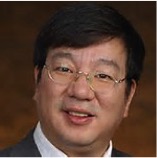 Prof Zhao has been active in academia, serving as pluralistic professors of East China Normal University and Xiamen University. He was the member of academic committees in Nano Sci&Tech Research Center at Xiamen University, Nano Sci&Tech Research Center at Nanjing University and the State Key Laboratory of Advanced Functional Ceramic Materials at Shanghai Institute of Ceramics. He was the Vice-Editor-of-Chief of the Chinese Science Bulletin, and also joined the editorial board of some professional journals, such as Acta Petrolei Sinica and the Journal of Fuel Chemistry and Technology. He has overseen 18 key and major programs of National Natural Science Foundation of China (NSFC) and Ministry of Science and Technology. In addition, he was also the technology consultant of SBA Inc. (USA).  Recent honors include President of the 5thInternational Mesostructured Materials Symposium in Shanghai (2006), Feinberg Fellowship at Weizmann Institute of Science, Distinguished Post-doctoral Award (American Chemical Society, 1998), New Century Distinguished Young Professor Award (Ministry of Education, 1999), Outstanding Young Scientist Award (National Natural Science Foundation of China, 1999), Cheung Kong Program Special Professorship (Ministry of Education, 2000), Shanghai Scientific Talent (2002), Mudan Research Prize (2002), First Prize of Shanghai Science and Technology Promotion Prize (2002), and he was recognized as one of 48 top authors in the past fifteen years by Adv. Mater. He has published more than 140 papers, reviews, and communications, plus he has six US Patents and 22 China Patents. He has been invited to write review papers for Encyclopedia of Nanoscience and Nanotechnology and Current Opinion in Solid State and Materials. He has been a keynote, or named lecturer at more than 10 international symposia and invited to give more than 30 lectures at renowned universities and institutes. To date, he has educated 13 PhD students, 10 Masters student. students and six postdoctoral associates.

Professor Dongyuan’s overall research goal is in the design, synthesis and characterization of new materials with an emphasis on understanding the fundamental issues of structural assembly and growth that will enable the rational control of the material composition, micro/nano-structure, morphology, property and functionality. Molecular sieves, and mesoporous (1.5–40.0nm), electro-optic materials, low-dimensional nanomaterials and organic-inorganic hybrid materials with especial interesting frameworks are being synthesized and studied. Current research topics in my laboratory are focused on synthesis and characterization of various advanced materials such as microporous materials, zeolites and mesoporous molecular sieves and porous coordination polymers, metal-organic frameworks and low-dimensional nanoscale materials. Synthesis of new materials and understanding of the synthesis mechanism are a target of primary importance among the research topics. Our research approaches center on self-assembly and supramolecular templating, molecular and block unite tailoring to prepare novel catalytic, electronic, and optical materials. These materials have a variety of possible applications including catalysis, separation, and electro-photonic microdevice.
Prof Zhao’s research group is currently investigating:

This research hub represents a significant research into particle science and technology. It aims to develop and apply advanced theories and mathematical models to design and optimise particulate and multiphase processes that are widely used in the minerals and metallurgical industries. This will be achieved through detailed analysis of the fundamentals governing the fluid flow, heat and mass transfer at different time and length scales, facilitated by various novel research techniques. Research outcomes including theories, computer models and simulation techniques, as well as well-trained young researchers, will generate a significant impact across a range of industries of vital importance to Australia’s economic and technological future.

This project establishes the first synthesis facility in Australia for growing large-area and atomically thin twodimensional (2D) nanomaterials including graphene, boron nitride (BN), metal dichalcogenides (MDCs), metal oxide and nitride nanosheets. This facility will underpin breakthrough science by providing high-quality and largesized materials to researchers for both fundamental and application research. This new synthesis capability will foster advances in the fundamental understanding of 2D nanostructures and the development of devices with broad applications in energy conversion and storage, environmental protection, and life sciences.

Brand new porous silica nanoparticles will be developed and applied as a favorable nanocarrier platform to construct novel biocompatible target delivery systems of therapeutic agents. The outcomes are expected to find attractive applications in the highly efficient treatment of complex human diseases.

This project aims to develop a novel class of hybrid inorganic nanoparticles for effective delivery of therapeutics siRNA’s, either locally or systematically, into the mouse central nervous system to slow the progression of Huntington’s disease, one typical neurodegenerative disease. To this end, a more efficient and reliable delivery system will be devised by combining advantages of both layered double hydroxide and silica materials, with suitable surface functionalisation. Such a system will promote passage across the blood brain barrier and improve efficient neuronal uptake of novel drugs (eg siRNA’s) leading to the effective treatment of genetic and other neuronal diseases.