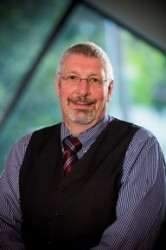 Mr Ian was born in Birmingham, United Kingdom, he left School at 16 and joined the Royal Air Force (RAF) 8 months later. Trained as an Aeronautical Engineer, specialising in Gas Turbine & Turbo Prop Jet Engines and aircraft fuel systems. Classed as one of the most experienced Engineers within the RAF, due to the scope of maintenance and aircraft experience attained, having worked at all depths of maintenance, on all aircraft categories, ie: Training Aircraft, Fighter Jets, Helicopters and Transport & Passenger aircraft. He has lived and worked all over the world including Northern Ireland, Falkland Islands, Germany, Holland, Canada, USA, Kosovo, Kuwait and United Arab Emirates. In the Twilight years of his RAF Career, he was specially selected to work as a Contract Monitor in Abu Dhabi, at a civilian Aircraft Maintenance, Repair and Overhaul company (Abu Dhabi Aircraft Technologies (ADAT)), who were awarded the contract to carry out in depth maintenance and specialist repair of the RAF Tristar fleet. He left the RAF in April 2009, where he remained in Abu Dhabi and was employed by ADAT as a Project and Planning Engineer. Whilst living in Abu Dhabi he applied to immigrate to Australia, after holidaying there. He was subsequently granted a PR Visa and immigrated in August 2010. Prior to gaining his current position at Monash University (June 2011) as Materials Science & Engineering Department Manager, He worked for Thales in Bendigo and Melbourne on short term contracts for 8 months as a Test Engineer. He lives in Bendigo with his wife Lorraine, from where he commutes every day.