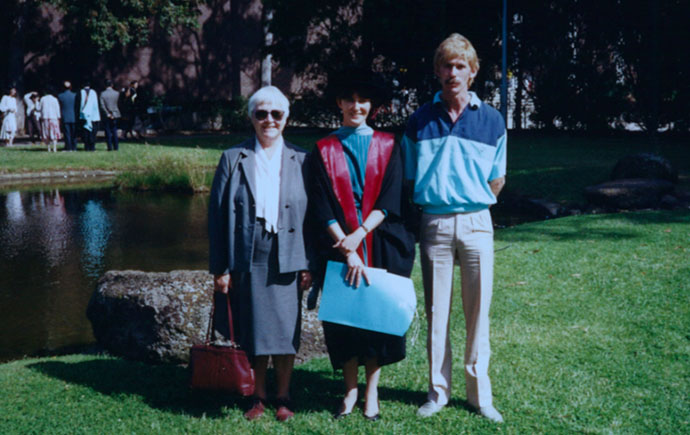 If Barbara Wagstaff is feeling embarrassed about being profiled for her decision to become a Monash benefactor, she insists her mother would be more so, particularly as Barbara is setting up a scholarship in her mother’s name: The Daisy Muriel Wagstaff Scholarship.

“My mother was English, very much the stiff upper lip, ‘don’t make a fuss’, type,” says Barbara. “So she’d be mortified by this.

Barbara also has a strong connection to Monash, achieving firstly a Bachelor of Science degree in geology and then a PhD, while also teaching at the University.

“Monash is a very dynamic campus and it became like home,” she says. “And that’s what this scholarship will be for – trying to help people experience that, to do what my mother couldn’t do.