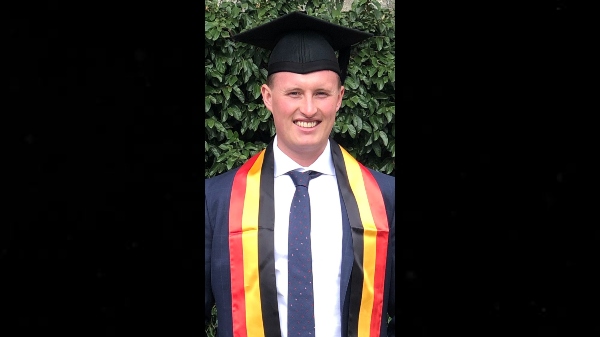 My name is Lance Hammond and I'm a proud Gunaikurnai man, our lands occupy most of what is now known as Gippsland in Victoria's east. I grew up on Gunaikurnai country on a small farm in the rural suburbs of Woodglen and Glenaladale in between Bairnsdale and Sale.

After taking a gap year I moved to Melbourne in 2013 where I started living on campus at Farrer Hall and studying a double degree in Commerce (Accounting) and Engineering (Civil). Currently,I am working on the West Gate Tunnel Project as an engineer focusing on how to assemble our steel bridges in Footscray.

When I think back about my time at Monash and my relationship with William Cooper Institute (formally Yulendj) it was really broken up into two key milestones for me.

Firstly, when I started at Monash I was lucky enough to receive the Sir John Monash Scholarship for Excellence, however, I was the first person in my family to Identify as Aboriginal, and we were still trying to get our paperwork done, so naturally, I was concerned I would have to pay back the scholarship. I rang the director at the time, Jason, who spent over an hour on the phone with me explaining how the whole process had worked and that I had nothing to worry about. This was probably the only thing that kept me sane for the first few years of my degree.

Secondly, despite the above discussion it still took me almost 4 more years to actively engage with the staff and students at the William Cooper InstituteI, something which I now wish I had done much earlier.

On top of getting the free textbooks, I was happy to have a space to hangout in again on campus having moved from on-campus living a couple of years earlier. I became involved in the CareerTrackers program where I got into my first engineering job and took up opportunities like the Monash Indigenous Leaders Program.

As I'm writing this I realise I sound like the cliche storyline of a high achieving person from the country goes to the city to study, struggles, then finds his place and thrives and to a degree that is what happened. I struggled a lot through my first few years of university and still battled my way through to the end,  but I made a conscious choice in the middle to change what I was doing and everyone at WCI was a large part of that.

Throughout my last few years at Monash I was able to attend two Indigenous Uni games, complete the Sir John Monash Mentoring and Indigenous Leaders program, get flown to Brisbane for the Australasian championships of an engineering competition, work continuously on 2 major infrastructure in Victoria and still play a bit of footy, cricket and mixed netball in between study.

Going forward I'm looking at ways to support young First Nations people starting out in the construction industry or going through Uni.

Never be afraid to reach out and stay deadly,