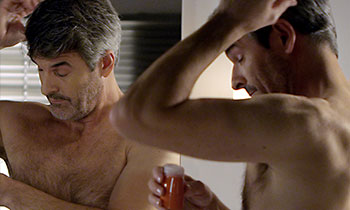 Acrux is a spin-off company from Monash University, recognised for its innovative technology in administering drugs through the skin. The biotech company was established in 1998 after Faculty of Pharmacy and Pharmaceutical Science researchers developed  the spray-on drug delivery technology.

Acrux signed an exclusive global licensing deal with Eli Lilly in 2010 for the commercialisation of its experimental testosterone solution AXIRONTM, used for patients with a testosterone deficiency.  The deal was valued at more than US$335 million in milestone payments, plus royalties and was believed to be the largest licensing deal ever struck by an Australian biotech company. AXIRONTM has moved from being an experimental therapy utilising Acrux's patented delivery technology, to a commercial  product in the United States of America, Canada, Australia, Germany, Brazil and South Korea, worth nearly $200M per year.