Be a leader in creating social change in areas of cultures and communities facing global challenges such as the rich-poor gap or accessing clean water. Or, design your course to suit your interests and discover new ones along the way. This session will look at two courses, Global Studies and Arts and the Global Immersion Guarantee - a guaranteed, funded trip overseas which explores the human impact on the environment. 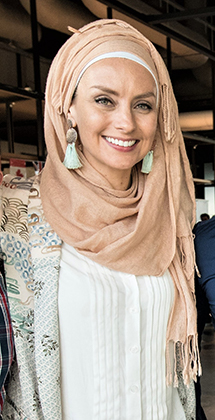 Susan completed her PhD in the School of Political and Social Inquiry at Monash University in 2015. Her research and teaching specialties focus on gender, sociology, contemporary Australia, terrorism, and Islam in the modern world.

Susan hosted the “Assumptions” series on ABC’s Radio National, and in 2012 she was named on the 20 Most Influential Australian Female Voices list by The Age. She has also been listed on the 500 Most Influential Muslims in the World list, and as a “Muslim Leader of Tomorrow” by the UN Alliance of Civilizations. She is a regular paper reviewer on ABC TV’s News Breakfast, and has appeared on the Agony series, Q&A, Studio Ten, The Circle, Sunrise, The Einstein Factor, and Compass, as well as on numerous occasions on commercial and public radio.
Her writing has appeared in local and international newspapers, academic journals, websites, and anthologies.