Transform your big ideas into tangible results. In this course, you will learn how to have a real impact on shaping our society. The inter-disciplinary study of Politics, Philosophy and Economics equips you with essential skills to address contemporary problems in holistic, creative and effective ways. Join our webinar and get your questions answered. 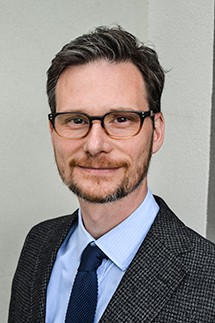 Ben Wellings is an expert on Brexit and the politics of nationalism and Euroscepticism in contemporary Europe.

He writes regularly for The Conversation, the Globe and Mail and The Drum on Brexit, English nationalism, Euroscepticism and the politics of the European Union. Read his Conversationarticle on the implications of Brexit for Australia.

Before joining Monash University in 2013 he was the Convenor of European Studies at the Australian National University from 2004.

He was educated at the University of Sussex, Edinburgh University and the Australian National University. He has worked in the House of Commons and for a public affairs company in Edinburgh advising clients on the impact of Scottish devolution, as an assistant curator at the National Museum of Australia and as a merchant seaman on the English Channel.