Got research findings you think the world should know about? There’s an app for that, or there soon could be, thanks to a new initiative at Monash University. Monash is... 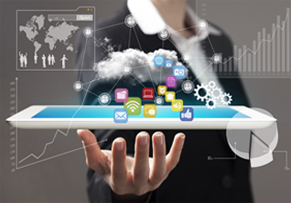 Got research findings you think the world should know about? There’s an app for that, or there soon could be, thanks to a new initiative at Monash University.

Monash is looking to partner with researchers whose work could benefit from ‘appification’. These app-building partnerships provide a means of taking high quality, existing research and turning it into an app for mobile devices such as smartphones, tablets, even the Apple Watch and other wearable devices.

Monash University has already had some success in this area, particularly with the Low FODMAP diet app. Researchers at Monash, who provided evidence that a low FODMAP diet improves the symptoms of irritable bowel syndrome (IBS), created an app that allows IBS sufferers to make informed choices when choosing what foods to eat. The app has been downloaded thousands of times since it was launched.

Professor Jon McCormack is the Director of Monash University’s sensiLab, the technology hub that houses the new app development facility. “Creating an app from research is best suited to concepts that have practical applications relevant to people’s lives, or a high level of public benefit,” he said.

According to Professor McCormack, other situations where Monash Uni’s app development partnerships could be of use include site-specific information services, such as gallery and museum visitor experiences or even customised supermarket shopping.

“Using Bluetooth beacons and wearable technologies that are integrated via the mobile app, we can develop software that pops up information on your device that is specific to you, your context and location. You don’t need to do anything except walk near the object for this to happen,” he said.

Professor McCormack is passionate about apps - one of his favourite projects is the Nodal music app, which won the 2012 Eureka Prize for Innovation in Computer Science and is used by thousands of musicians all over the world.

But it will be a recent Monash Computer Science graduate, Dilpreet Singh, who will be doing the heavy lifting with these projects from now on.

“We’re excited about the prospect of working with other researchers,” said Professor McCormack, “But we’re also looking at developing our own ideas. For his honours project, Dilpreet developed an app that can work out the type of exercise and movement you’re doing just by looking at how your phone is moving around, and I’m pretty sure he’s got a few other cool ideas up his sleeve.”