Congratulations to Komal who so ably represented IT in Monash's 3MT finals.

Congratulations to Komal who so ably represented IT in Monash's 3MT finals. It was a very exciting final this year not just because of the calibre of the competitors and their presentations but also due the atmosphere created by holding the event as part of Monash's WINTERFEST celebrations. Komal's  presentation was titled "Believe it or not: machine intelligence decides"  While not a winner this time Komal's research will take her to Austria in November to work on a European project on authentications by embedding biometrics in smart cards. 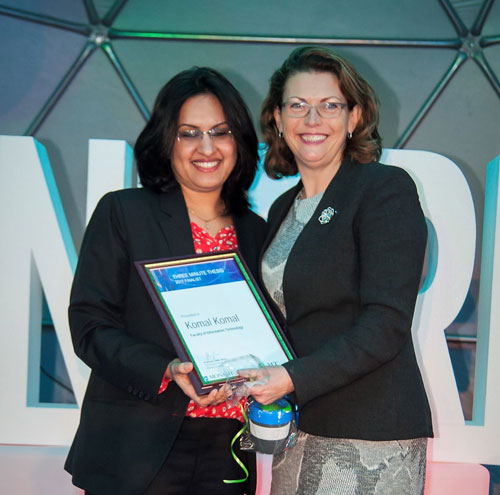