Daniel Harabor, Monash IT Faculty pathfinding expert, has just been awarded the 2017 Dean’s Award for Excellence in Research. 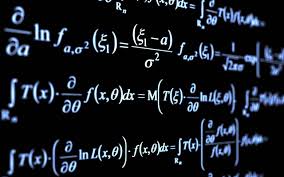 In 1990, an old Apple II that came with floppy discs, strange beeping noises and a pile of programming books kicked started a handy obsession in Daniel Harabor. The Monash IT Faculty pathfinding expert who has just been awarded the 2017 Dean’s Award for Excellence in Research in an Early Career Researcher got his first taste of computing program the ancient Mac his dad brought home out of the blue. “I’d sit there and type in thousands of lines (of coding) to play Lunar Lander or something,” he recalls.

Studies in computer science at Swinburne and ANU followed, as did graduate work for employers like the Australian Bureau of Statistics. But his plan for a career in programming came to look as flawed as the assumptions underlying the code he was writing.

“When I went out into industry … I realised there were these fundamental issues behind the code I was being asked to write,” Daniel says. “I’d go away, I’d do the thing I was supposed to do, and then I’d keep thinking about it. What if it worked like this? What if we change this other thing? And so as you identify all of the different moving parts and the algorithms are developing you come to the realisation that there’s a mathematical problem here. I was always drawn towards that, and university seemed like the best place to pursue that interest.”

His preference for applied problems with real world applications led Daniel to pathfinding. Helping people find the shortest, least congested or cheapest way across a grid, for example, appeals for its usefulness in fields as diverse as transport infrastructure, robotics and computer gaming.

Daniel’s influential PhD thesis published in 2014 aimed to eliminate the inefficiencies in previous pathfinding algorithms, which tried to enumerate all the possible paths across a grid before proving one was, say, the shortest path possible. The Jump Point Search pathfinding system he co-developed has since become “a bit of a defacto standard for game developers working today… if the virtual world is represented as a grid,” he says. “More recently we’ve developed an algorithm called Polyanya, again looking at these virtual environment and robotics-type navigation problems.”

Daniel’s grateful for the recognition the Dean’s Award brings to his work and says part of the appeal of joining Monash as a Research Fellow last year was the calibre of his IT colleagues working on optimisation tools like MiniZinc. “It’s really world-leading research – not just at the world level but at the forefront of research,” he says. “I’m able to engage with these leading thinkers and put my problems to them and get their perspective. It’s a very exciting group to be a part of.”