Professor Philip Cohen has been appointed Director of the new Laboratory for Dialogue Research at Monash University’s Faculty of Information Technology. 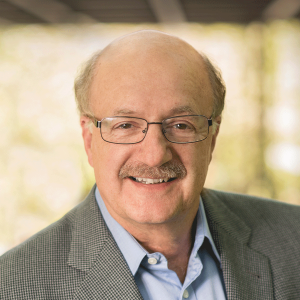 Professor Philip Cohen has been appointed Director of the new Laboratory for Dialogue Research at Monash University’s Faculty of Information Technology (FIT).

The knowledge he brings through his pioneering work in fields such as human-computer dialogue that led to the early development of Apple’s Siri is a significant boost to FIT as it progresses its research in A.I and human-computer interaction.

His academic career includes a position at Oregon Health and Science University. As Professor and Co-director for Human-Computer Interaction, in the department of computer science and engineering, he led a $12M research project to develop multimodal interfaces and multi-agent systems.

He also was one of the originators of the plan-based theory of dialogue, which has set the foundations for many multimodal dialogue system designs around the world. He co-designed and co-led the development of ‘Sketch-Thru-Plan’, the first multimodal system deployed by the US Government, which has been credited with revolutionising military planning.

Professor Cohen has a PhD and a Masters Degree of Computer Science from the University of Toronto, and a Bachelor of Mathematics from Cornell University.

Professor Cohen is a Fellow of the American Association of Artificial Intelligence and former president of the Association for Computational Linguistics. He received an inaugural Influential Paper award from the International Foundation for Autonomous Agents and Multiagent Systems and was awarded the 2016 Sustained Accomplishment award from the International Conference on Multimodal Interaction.

With an enviable track record for progressing the development of A.I from theory to practice, Professor Phil Cohen’s expertise will be invaluable for advancing research and teaching excellence in the Faculty of Information Technology.